Vendors try and make money anyway they can. And for the last few years, one additional way they’ve been doing this is by attempting to increase the price you see on purchases. When paying with a foreign credit or debit card in duty free shops, restaurants and other touristy places, you’ll frequently be given the option to debit in the local currency or your own currency. Always pay in the local currency, not your own currency.

If you just pay in the local currency, your bank will generally exchange the money at a value close to the current real time exchange rate, with the added percentage fee they will take either way, typically around 2.5%.

This “service” is a huge money maker for big businesses who already make boat loads off liquor, perfume and knick knacks, and we’ve noticed the trend seeping into more main stream businesses than ever before. We always see people trying to debit in their own currency because they believe they will get the better deal that way (it sure sounds better right?). When we’re waiting behind someone in a duty free line and they make this mistake, we tell them to pay in the local currency, often to the annoyance of the store clerk. 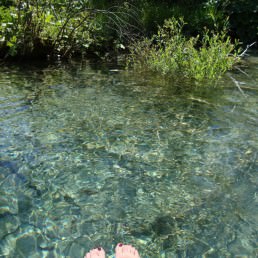 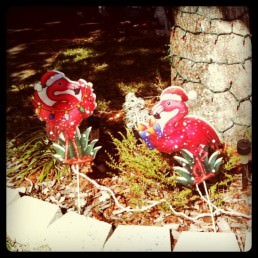