On a recent west coast trip with Delta Air Lines, short delays by the airline caused us to be massively delayed. Last month we flew from Boston to Vancouver via Salt Lake City, with just a 30 minute scheduled layover. So when the flight from Boston was delayed by 30 minutes to change flight crews, we missed our connection. It led to arriving in Vancouver nearly 8 hours later than scheduled. This caused us to miss a day of sightseeing and for Bell to miss an evening meeting.

Delta’s initial offer for the inconvenience was just 3,500 SkyMiles before increasing the offer to either a $100 Delta credit or 7,500 SkyMiles. We opted for the $100 credit. This may sound reasonable to some, but this is a credit with an expiry of 1 year. It’s essentially just a coupon for future travel. So the airline will still pull in revenue by filling a seat that may otherwise go vacant. Last year Bell was given a 75 euro ($100) apology credit on Air France that only she could use. She was unfortunately unable to use it before it expired.

Delayed in Seattle and Stranded in Detroit due to Mechanical Failure

What was far worse was what happened on the return flight. Several mishaps by Delta prompted me to email them after one hour in phone calls ended with a disconnection. A mechanical delay going from Seattle to Boston caused me to be stuck in Detroit overnight. Delta agents told me that the airline decided to get rid of meal vouchers for stranded passengers. Even when it’s their fault, and not weather related. They gave me a hotel voucher for a nearby Days Inn. They did not even offer flight credit as an apology. Meanwhile, Delta Air Lines made record profits last year and their CEO, Richard Anderson, made a whopping $40 million.

“Good Evening, A mechanical delay on Delta last week forced me to reroute via Detroit, where I was stuck overnight, on my way home to Boston from Seattle. This was not a weather delay- it was mechanical. It’s unfortunate Delta has gotten rid of meal vouchers so I was only given a hotel and no other compensation whatsoever. It’s as if my time did not matter. My wife was flying home to Boston from Winnipeg after her business trip. We were meant to be on the MSP-BOS flight home together that evening to share a taxi. So we had additional expense as well as hassle.

On this trip we flew one way from Boston to Vancouver. A mechanical problem caused us to be delayed 7 and 1/2 hours hours going. Delta did give us $100 credit for this inconvenience that cost us our day in Vancouver and disrupted my wife’s work appointment that evening. This was a horrible experience with Delta and we’re very disappointed that we were massively inconvenienced both ways, for a significant amount of time, both due to mechanical delays on Delta‘s part.

I think I should have been offered a credit in Detroit rather than calling Delta, being placed on hold for a significant period of time (giving up holding) and spending time writing this email. A Delta credit is essentially a promotional coupon to fly with you again after a mistake, so it’s amazing that I wasn’t offer this when I was issued my hotel voucher. I sincerely hope you can make this up to us to restore our faith in Delta‘s appreciation for their customers, because right now it seems we are being taken for granted. Have a nice evening. Thank You.”

Delta’s email response after also reaching out via Twitter

And nearly 1 hour on the phone ended in a disconnection was apologetic and cordial. We’re not publishing their email due to copyright laws but will paraphrase what they wrote.

We’re sorry for the inconvenience and agree that $100 credit should have been offered in Detroit. As a goodwill gesture we’re also adding 10,000 bonus SkyMiles in addition to the $100 credit. Your comments will be shared with the airport and Customer Care Service teams. We look forward to your next Delta flight and getting you there on time.

That’s *better.* But what about restoring meal vouchers to every passenger who is stranded for a significant portion of time when it’s the fault of America’s largest airline?

My email Reply to Delta

Thank you so much for your email, apology and the offer of 10,000 skymiles in addition to the $100 Delta flight credit. It’s greatly appreciated as compensation for our inconvenience during our recent travels with Delta.
We hope Delta also re-considers providing meal vouchers for stranded passengers due to mechanical delays. I was informed while in Detroit, that the airline got rid of meal vouchers last year. While it may hurt Delta‘s bottom line short term, I believe $15-$20 in meal vouchers goes a long way towards showing good faith and respect to passengers flying with Delta when stranded overnight due to mechanical delay.”

It was short and typical good public relations.

Delta basically just said thank you for the reply and we’re glad you’re happy with the compensation. They’ll pass on the meal voucher suggestion to their marketing team. They also thanked us for choosing Delta and that feedback helps makes their customer service better.

We’re not holding our breath that meal vouchers will be reversed. The higher ups at Delta Air Lines appear to be only concerned about the present bottom line and their own bonuses. Passenger satisfaction and subsequently the future of the airline is less of a concern.It never should have taken so much time and so many different levels to finally get an apology and some compensation.

What do you think about Delta getting rid of meal vouchers for stranded passengers, when it’s the fault of the airline?

Unfortunately, according to the US Department of Transportation, airlines are not required to give compensation. The US government allows airlines to enforce their own rules for passenger compensation during flight delays and cancellations.

“U.S. airlines must provide passengers on domestic and international flights with food and water no later than 2 hours after a tarmac delay begins. The airline is required to keep the lavatories operable and medical attention must be available.”

I recently earned over 120,000 Delta miles without flying! That’s enough miles for over two roundtrip tickets to Europe outside peak travel times. 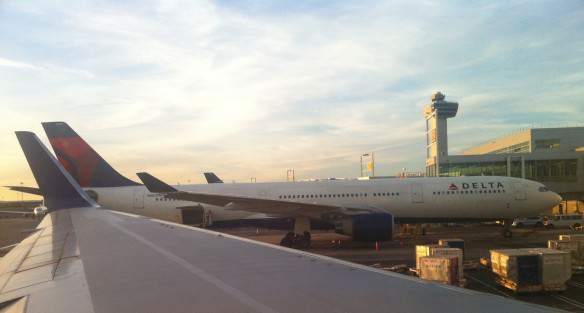 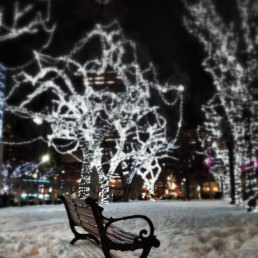 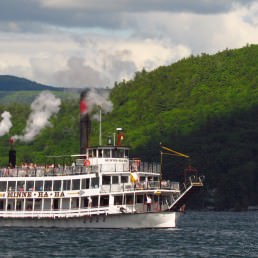 2 thoughts on “Death of Meal Vouchers for Stranded Airline Passengers”