I went through many pretenders to get here, to the moment where I would sink my teeth into the most succulent chorizo I’d ever encountered. Many had previously let me down- certainly anything wrapped in plastic on a grocery store shelf was reliably sure to disappoint. I thought I’d had a few good ones in my life, out and about in tapas restaurants around the world…until I met the angelic chorizo sandwiches in Andalusia.

There was nothing overly glamorous about her. She hailed from the small Spanish beach town of Rota, a far cry from the glitz and glamour of Miami Beach. And the restaurant where her father worked was blue collar, basic and simple. The proprietors toil hard to ensure their daughters are enjoyed by many. Patrons drink and chat in anticipation of the glory that awaits.

There are no seats in this bodega. It is standing room only for the chance to court the beautiful chorizos. The patriarchs behind the counter do not speak English and are not the most patient of parents. You must be a confident and quick suitor when stating your intentions.

While I was slightly unsure of the proper protocol, I made my best effort and walked away from the counter hoping for the best. Less than 10 minutes later, a red hot chorizo sandwich was placed on the bar for me to devour.

Her appearance and smell were divine, but her taste was to die for. She was the perfect combination of spices and texture. She was masked with a thin yet firm layer of skin, but was soft and tender on the inside. Her father had carefully grilled her beforehand and dressed her in perfectly fresh French bread. She was fit to impress any man.

Bell and our friend both enjoyed their chorizos as well. But they did not fall in love the way I did. Perhaps it was just lust, maybe a fleeting moment not meant to be repeated. But I still long for her and hope to return one day, to try one of her sisters. 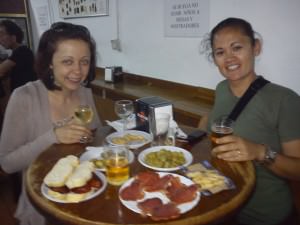 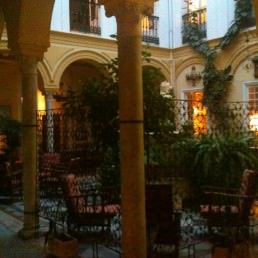 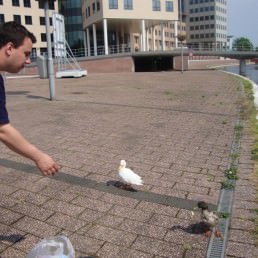