This advertisement for fruit is probably something you won’t see at your local 7-Eleven in say, Biloxi, Mississippi. But have no fear, if you’re visiting Sweden and craving a juicy Big Bite, you can still get one! Despite all this healthy nonsense posted on the front window, they still have Big Bite hot dogs and other artery clogging goodies rolling around all day, just like the good ole’ USA, at 7-Eleven in Sweden.

Another thing you can grab at Swedish 7-Eleven’s is stale loose candy. Swedes love candy and their 7-Eleven’s reflect this, containing many germ filled bins with candy that was delicious days ago.

But what about slurpees you ask? Oh yes, you can indeed freeze your brain whilst you freeze your nether regions outside.

You can buy People’s Beer at 7-Eleven in Sweden

You can buy beer at 7-Eleven, up to a strength of 3.5% maximum, which they like to call “People’s beer.” But you cannot buy it cold, because that would be far too convenient and not bureaucratic enough. The government doesn’t want to encourage excessive and immediate drinking. So Swedes must refrigerate the beer themselves, or drink the brews un-chilled, which many do. It’s so cold in Sweden for much of the year that hardly anything matters. 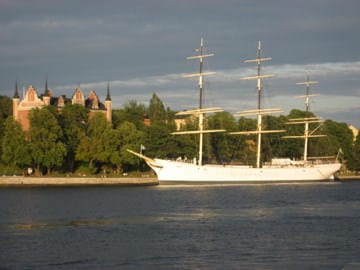 Difference Between 7-Eleven in Sweden vs. Denmark

In Denmark, you can actually buy liquor at 7-Eleven, which is extremely convenient if you’re going to a party, spiking your coke slurpee, or just brown bagging it on the street, which is perfectly legal there! Unfortunately, in Sweden you cannot legally drink on the street and cannot buy liquor at 7-11. Instead, you are forced to buy your liquor from the government run Systembolaget. They close at 3pm on Saturdays and do not re-open until Monday. This is a wonderful opportunity for people to buy more alcohol than they need, and to drink it all Saturday and Sunday. To witness the frenzy, visit a Swedish Systembolaget at 2:50pm on any given Saturday. It’s not quite the madness of Black Friday in the US, but a spectacle nonetheless.

With frequently frigid temperatures, there is no better time to visit Sweden than summer. Around Midsummer you can experience perpetual 24 hour light in the country. Stockholm is wonderful for a variety of reasons, consistently ranking among the world’s cleanest cities. As Sweden’s capital is built atop 7 islands, there’s no better place to sleep than on a boat. Below are a couple boat hotels in Stockholm that we have enjoyed.

What do you think of 7-Eleven’s in Sweden compared to the United States and other places? Leave us a comment below and let us know! 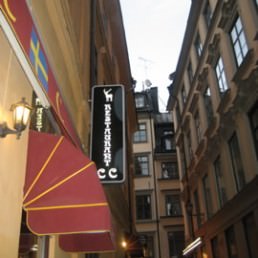 Eating Reindeer in Stockholm Worth It? 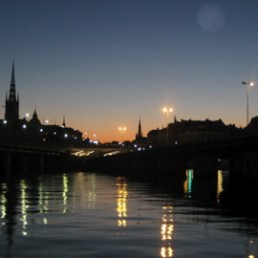 24 Hours of Light in Stockholm, Beautiful and Thought Provoking