Melbourne is the sports, arts and coffee capital of Australia. While Sydney’s harbor is more dramatically beautiful, Melbourne is the place to go for the nation’s biggest sporting events, fantastic museums, a great culinary scene, and Australia’s finest coffee culture. Bell went to university in Melbourne and we lived there together for a year. We recently re-visited family and friends and were rekindled with everything we love about one of the world’s most livable cities. So here are great things to do in Melbourne to help you plan a wonderful trip! 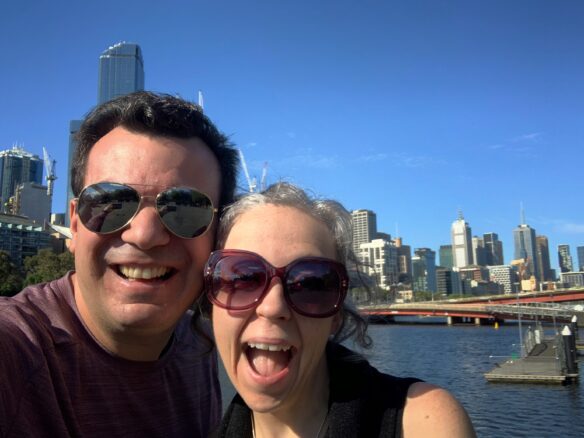 Check out a Major Sporting Event

Melbourne is home to the Australian Open, the first of four major tennis tournaments globally. The tournament is held annually in Melbourne beginning around the third week of January each year and lasts two weeks. The atmosphere is lively whether you purchase grounds passes, or have center court tickets. It’s fun to watch the world’s biggest tennis stars in action, as many witnessed during the 2020 Australian Open between January 20th – February 2nd.

The Melbourne Cup is the horse race that “stops the nation.” When Bell was in school, everyone would gather around the TV just before 3 pm to watch the race, so this catchphrase is no joke! It’s Australia’s biggest thoroughbred race, equivalent to the Kentucky Derby. Melbournians dress to the nines for the event, and all the fashionable hats for ladies come out. The race is held annually on the second Tuesday of November every year, it is an exciting event to experience. 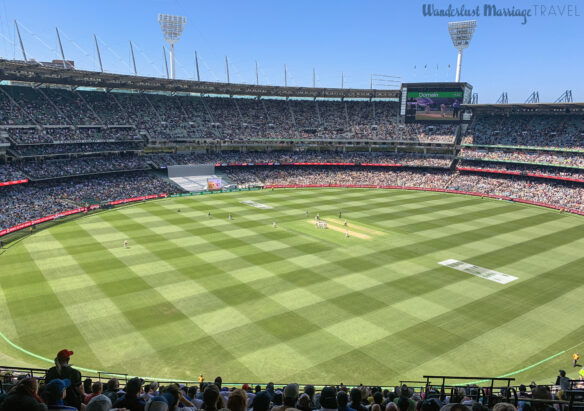 The Melbourne Cricket Ground (MCG) is the largest stadium in the southern hemisphere. The MCG is home to many major events including major cricket matches like the Boxing Day Test. I had a chance to attend the Boxing Day Test between Australia and New Zealand, and captured the above photo with a crowd of over 80,000 in attendance.

The MCG also hosts the Grand Final of the Australian Football League (AFL). The capacity of the MCG is 100,024 people, making it a fantastic venue to catch an event. Tip: Most sports fans will prefer the fast-paced style of AFL over test cricket, which is literally played all day, over multiple days.

Melbourne has a world-class culinary scene, heavily influenced by Greeks, Italians and more recently Japanese, Chinese and Indians. For the city’s best brunches, head to the Fitzroy neighborhood and hipster haven, Brunswick Street. Fitzroy is outstanding for brunch – if an establishment isn’t good, it will struggle to stay in business.

For great Italian food, the best neighborhood to visit is Carlton. Lygon Street is famous for its restaurant scene. If, Greek food is more your thing and you’re craving a delicious Greek souvlaki, at any time of the day or night, head into Stalactites. And if you want to enjoy some of Melbourne’s best fish n’ chips, you can’t go wrong at Saltwater Grill in Albert Park. Finally, in downtown Melbourne, one of the best and quickest things to eat is sushi. There are even several places to eat conveyor belt sushi, where you can start eating as soon as you’re seated. No matter what you’re after, Melbourne has you covered. Read more on the best restaurants in Melbourne here.

Melbourne’s markets rival the best in the world for high-quality meat and produce. In the north of the city you’ll find Queen Victoria Market. The Vic Market, as it’s commonly referred to, is also the place to go for souvenir trinkets and exotic meats like emu and camel. In summers there’s a night market on Wednesdays from 5pm-10pm. This is a great time to go for a wonderful mix of international food truck flavors as well as live music and entertainment. 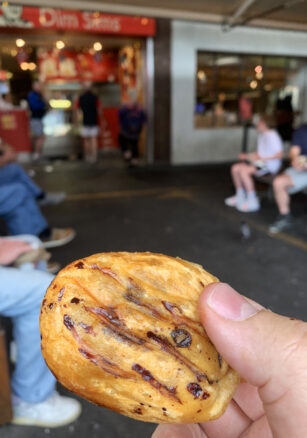 Melbournians are prideful coffee snobs. Heads roll if a barista can’t make masterful lattes and cappuccinos. Not literally, but they won’t keep their job. Masterful coffees have become tradition thanks to Italian immigrants, and a coffee-loving public that doesn’t settle for mediocrity. Every Australian in the know will tell you that Melbourne is home to Australia’s best coffee culture, so you find Starbucks on every block, though they can be found. For some of the best places in the center of Melbourne explore the laneways. Little Collins and Flinders Lane are where many great little coffee shops are tucked away! 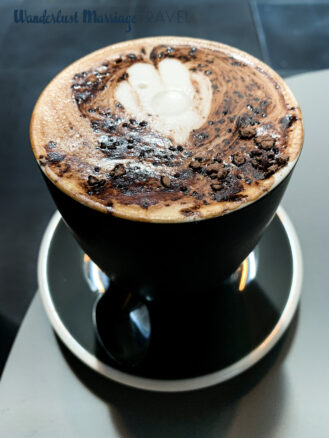 The Royal Botanic Gardens is a picturesque haven for recreation or lounging over a good book. The gardens are an important resource for education, conservation, science and horticulture. They are home to a collection of more than 8,500 species of plants that include camellias, rainforest flora, cacti and succulents, roses, Californian species, herbs, perennials, and cycads. There’s also plants from Southern China and, in the “Rare and Threatened Species Collection”, plants from south-eastern Australia. Royal Botanic Gardens Victoria, Melbourne Gardens has been a cornerstone of Melbourne’s cultural life for over 170 years. This is a must to visit, especially since admission is free.

Southbank is home to many swanky bars with terraces offering fantastic views of downtown Melbourne across the Yarra River. Grab a seat on the terrace and enjoy a nice glass of Australian wine. If you’re into gaming head to Crown Casino, also their sports bars are reliable places to watch international sports like American football. 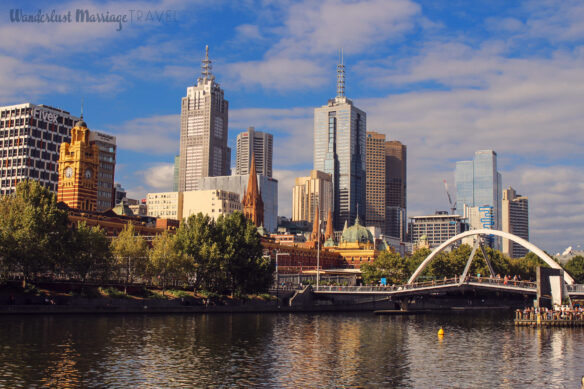 Melbourne is considered the arts capital of Australia. Here are a couple of museums that you should not miss in what is sometimes called “The Athens of Australia.”

The National Gallery of Victoria has a fantastic collection with around 75,000 works of art. The permanent exhibition covers a wide range of international art, Australian art and indigenous works. Among the highlights is Australia’s most comprehensive collection of French pre-Impressionist and Impressionist paintings. Eighteenth to twentieth-century British paintings are also a strength of the collection. Admission to the NGV’s permanent collection is free, however, there’s a fee for temporary exhibitions. 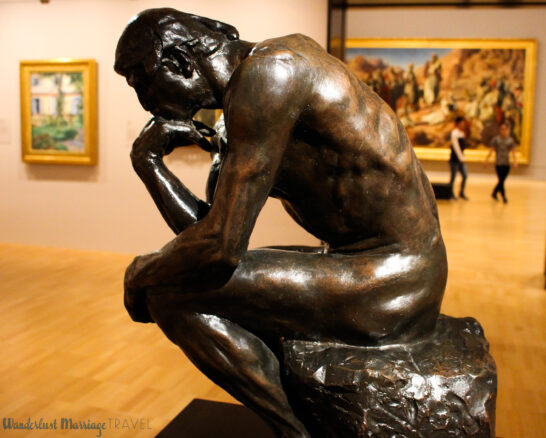 The Ian Potter Centre houses the Australian wing of the National Gallery of Victoria’s (NGV’s) art collection. Over 20,000 Australian artworks can be found at the unique Federation Square building. Works include paintings, sculpture, prints, photography, fashion and textiles. The collection is one of the oldest and most famous in Australia. When you visit, check out the works of Arthur Boyd. Boyd painted moving pieces of love and shame set in the Australian bush and is one of Bell’s favorite Australian artists.

St Kilda Beach can be easily accessed from downtown Melbourne via the #16 and #3 trams from the city center. Great beach hangouts are among the highlights. St Kilda is also home to some of Melbourne’s best happy hours and dinner specials. For excellent and great value pizza and wine, go to Banff. Along the boardwalk is the famous Luna Park, a small amusement park franchise that can also be found at Coney Island in New York. And if you enjoy music, be sure to check out a show at the iconic Espy (formally the Esplanade Hotel).

Brighton Beach is famous for its colorful beachside bathing boxes. It’s one of the most iconic images of Melbourne, that you’ll often see on postcards. If you’re not driving, take the Sandringham train line from Flinders Street Station to Brighton Beach Railway Station. The train ride only takes around 20 minutes on the Sandringham line. Then enjoy a scenic 500-meter stroll as you walk down to the bathing boxes. 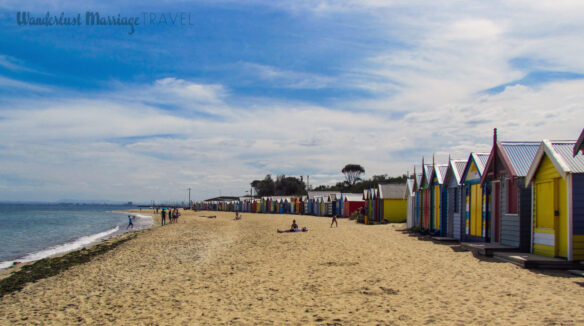 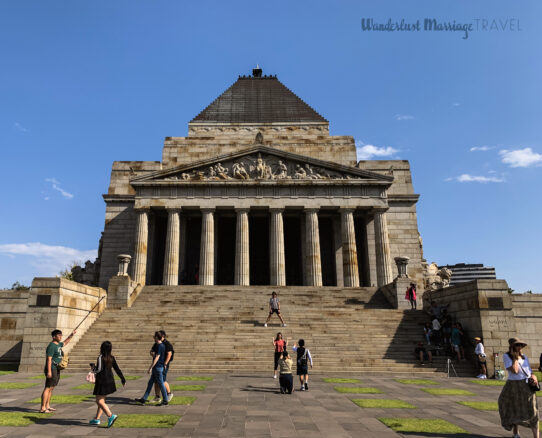 The Shrine of Remembrance pays tribute to fallen Australian soldiers, “lest we forget.” The biggest day at the Shrine of Remembrance is the 6am ANZAC Day service on the morning of April 25th. All major conflicts are covered at the shrine, which also offers a fantastic view of downtown Melbourne. There are also always special exhibitions housed inside the shrine that are worth checking out.

“This noble Shrine has been erected as a symbol of gratitude to those who fought for us...They fought to secure to the world the blessings of peace. It is for us to seek to repay their devotion by striving to preserve that peace, and by caring for those who have been bereaved or afflicted by the war.”

Where to Stay in Melbourne? 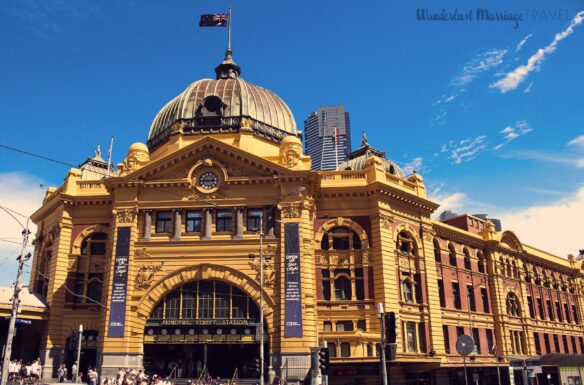 There are a lot of great luxury hotels in Melbourne. Among them, The Intercontinental Melbourne is a great choice. Built in 1891, the InterContinental Melbourne is one of the city’s last remaining examples of 19th-century Victorian Gothic architecture. Located in the heart of Melbourne’s CBD on Collins Street, the hotel features amenities like a day spa, indoor heated pool and fitness center.

If you want more of a beach vacation, base yourself in St Kilda. Then you can either Uber into downtown Melbourne or conveniently catch the #16 or 3A tram back into the CBD. Waratah Stay is an excellent choice in St Kilda. The boutique mansion features high ceilings, manicured gardens and comfortable rooms. The property is just a 3-minute walk from St Kilda Beach, along with great cafes and restaurants. 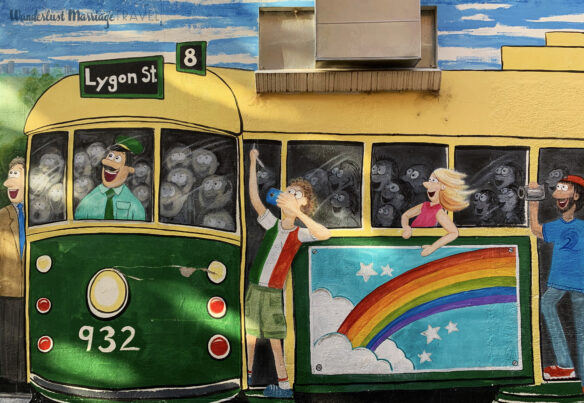 Melbourne has an extensive network of trams and trains to get you around the city. Trams are free in the center of the city; to know if you are in the free zone just check the stop is marked as the free zone. Otherwise you can purchase a myki card or download the moblie myki to use trains and trams outside the free zone. To get to and from the airport use the Sky Bus service which runs frequently from Melbourne Airport to Melbourne City at Southern Cross Station Railway Station. Sky Bus also offers service between Melbourne Airport and Southbank, Docklands and St Kilda. They also offer service to Avalon Airport and Geelong. Avalon Airport offers additional flight options, but it’s closer to Geelong and further from Melbourne. 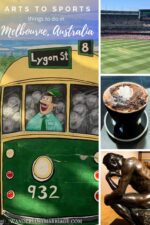 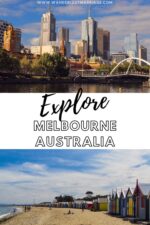 Disclosure: This article contains some affiliate links. We receive a small commission from hotel bookings made through our links. Thanks for using them and helping to support our work! 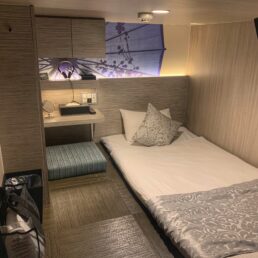 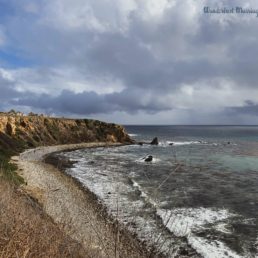 Weekend in LA – The Not so Hollywood Version

11 thoughts on “Melbourne: Great Things to Do From Sports to Arts”