There’s no place like New York City, a metropolis built on the backs of giant dreams. Every nationality and social class imaginable lives in close proximity in Manhattan, creating a bustling and intense dynamic. And where on Earth do you find a better pastrami sandwich? So when we had the opportunity to attend America’s largest travel trade show, The New York Times Travel Show, it was a wonderful opportunity to re-visit one of the world’s greatest cities for the first time in several years.

We’ve previously attended World Travel Market in London, which is the world’s largest travel trade show in the English language. By comparison, The New York Times Travel Show is significantly smaller, but it still draws an attendance of over 20,000 people, ranging from trade professionals, media and travelers. There were over 500 exhibition booths, 150 travel industry speakers, 100 cultural presentations and over 600 travel media in attendance (that included both Bell and I). The event was held at the Javits Center in Midtown Manhattan, near the Lincoln Tunnel. 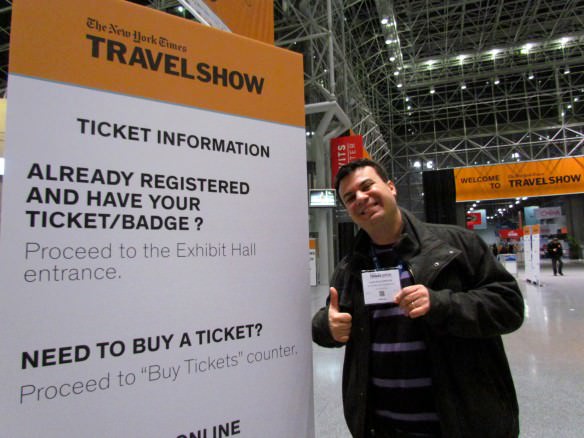 The opening keynote address entitled ‘Forecasting the Future of Travel,’ was informative and thought provoking. Among the panel of experts were Peter Greenberg, travel editor at CBS News, Arabella Bowen, editor-in-chief, Fodor’s Travel and David Pavelko, Director of Google Travel. During the panel discussion, Peter Greenberg noted that only around 45% of travel accommodation is listed online, “websites only list what they want to list. So talk to people!” He also bashed the American aviation industry (a favorite pastime of Greenberg’s) for continuing to make domestic travel more uncomfortable for economy passengers and flight cutbacks that have isolated many American communities from having easy access to air travel. He noted that the fastest growing travel market in the United States is bus companies, with a staggering 3,200 bus companies now serving the country. 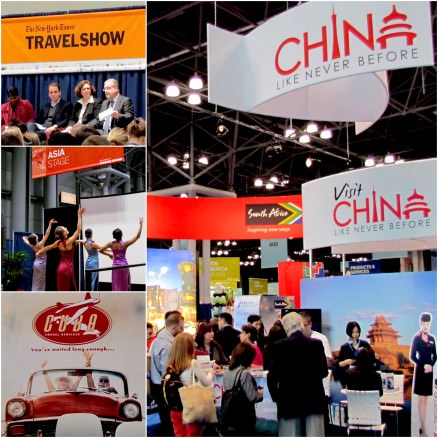 We traveled round-trip on direct buses from Boston to midtown Manhattan and found them to be comfortable and very inexpensive compared to air and rail services, and with no traffic the bus only took 3 and 1/2 hours. Wanderu is a great website to search for bus travel because they search multiple bus companies that service particular routes. Between Bell and I we used three bus companies because we did not travel on the same day to New York City (we used Bolt Bus, Megabus and Go Buses). They all had their own bathroom, free wifi and the most noticeable difference is that Megabus is a double decker bus so it takes a little longer to load and unload passengers and baggage. There are sometimes promotional bus fares between Boston and New York City for just $1 and the average price is around $17 each way, with tickets at around $32 during peak travel times like Sunday night.

I attended a press conference held by Atlantic City, which has historically been a favorite stomping ground of New Yorkers looking to gamble. Because of increased gaming competition and the destruction caused by Hurricane Sandy in 2012, Atlantic City’s economy has been hit hard over the last few years and several big casinos have closed down. This has forced the city to reinvent itself as a more family friendly destination, where in addition to casinos, there’s lots of festivals, attractions and great restaurants to enjoy. A local businessman said he expected the negative stories about Atlantic City to continue but requested from the press that “for every one negative story you write on Atlantic City, write two positive stories.” The Miss America Pageant is returning to Atlantic City on an annual basis, so Miss America herself, Kira Kazantsev spoke on behalf of the city and posed for photos with attending press afterwards.

In terms of travel stalls, highlights included Sea World’s exhibition that featured penguins, an owl and a lemur (there wasn’t enough room for an orka) and on Saturday, the Dominican Republic had someone hand rolling cigars to give away to anyone willing to queue for around 15 minutes. It’s always appreciated when stalls do something to stand out from the crowd. Given the amount of competition in the travel world, it was disappointing that more vendors did not give out more than pens, notepads, tote bags, candy or chocolate. The small things are appreciated, but offering something like a hand rolled cigar really draws attention, as does showcasing people in costume, like South Korea did. 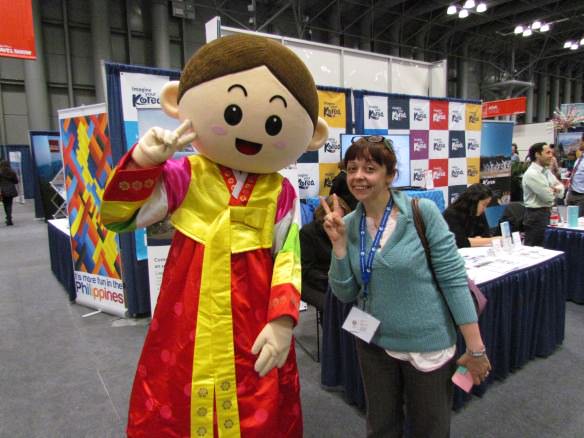 We throughly enjoyed conversations with representatives from some tourism boards and companies. With the Greek tourism board, we spoke to Dimy who informed us that she’s been living in the Upper East Side of Manhattan for 39 years. She praised the life she’s led in New York because “had I emigrated to a country like Switzerland, I would have always been considered an immigrant, but in New York, nobody cares.” Conversations that dives deeper into the human experience, are a highlight of events like these, in our opinion. 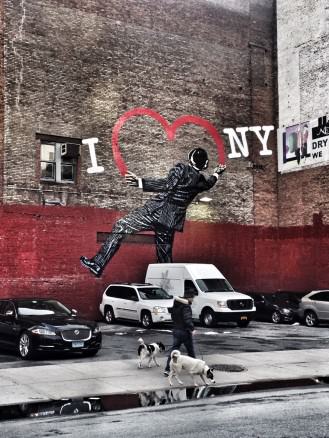 Admission to the NY Times Travel Show was free for approved press, and while we attended this event with press passes, this has not impacted our opinions of the event. 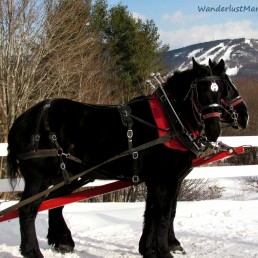 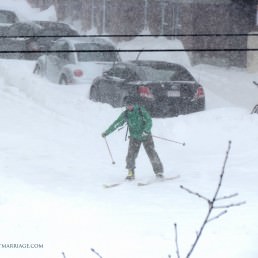 Images of Boston Shut Down by Snowstorm Juno