The Belfast murals evoke controversy. During your travels in Ireland, its best to avoid discussing them with strangers. They have become symbols of Northern Ireland, depicting past and present religious and political divisions. Belfast and Derry are home to arguably the most famous political murals in Europe. Some 2,000 murals have been documented since the 1970s.

I toured the Belfast murals with my father independently. It was an unforgettable experience. Trips like these can be great for bonding with parents – hopefully! It’s also compelling because of Belfast’s unique history. It was a rainy day, but that is pretty typical in Ireland.

When the Republic of Ireland gained independence from the British in 1922, after centuries of English rule, Northern Ireland was not part of the deal. It was bitter sweet for Michael Collins but one he felt necessary to avoid further blood shed. He also hoped that one day in the future the north would be re-united with the rest of the Republic. 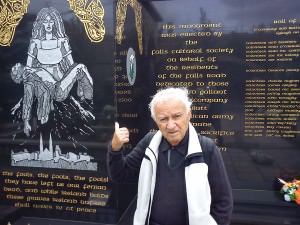 The “Troubles” which later ensued with ferocity during the 1970’s to 1990’s between protestant unionists, loyal to the United Kingdom and catholic republicans wishing to re-unite the island flared up. There was bloodshed and political imprisonment in the north and the occasional car bombing, even in Dublin.

The “Troubles” effectively came to end in 1999 with the Good Friday Agreement. Under this deal, residents of Northern Ireland can choose to hold British or Irish passports. During the 2012 London Olympics, Paddy Barnes from Belfast won a bronze medal in boxing competing for Ireland. 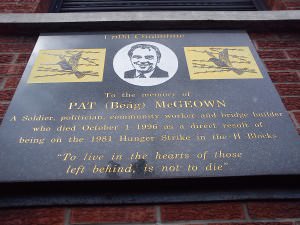 Open Border Between the Republic of Ireland and Northern Ireland

The border between the Republic of Ireland and Northern Ireland is now totally open. No border guards or check points and no passport required. Though it is advised that if you are not European, you should still be traveling with your passport as random checks are possible. 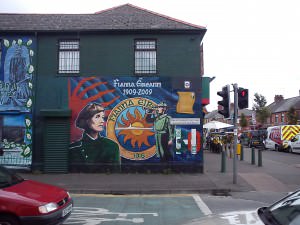 The Peace Wall in Belfast

While there is peace, one wonders if this is merely just the quiet before another storm. Tensions are still evident with occasional flare-ups. The “peace wall” divides the catholic and protestant neighborhoods, and the political murals of Belfast that dominate the western half of the city. Lest we forget.

I visited Northern Ireland multiple times. You can take a Highlights of Northern Ireland Tour with Paddywagon. It includes an hour of free time in Belfast. But that is not enough time to tour the Belfast murals. Maybe if you catch an Uber. But your time will be very tight.

Exploring the political monuments and Belfast murals is a moving experience that my father and I will never forget. They are great works of art, and a touching testament to revolutionaries who fought for independence from the English crown.

Please don’t discuss the Belfast murals with a stranger in a pub. It’s a sensitive topic so it is considered in-polite in Ireland.

Planning a trip to Ireland? Read my article on how to spend a great week in Ireland! Visitors will also find these handy Ireland travel tips very useful for planning their vacation to Ireland! 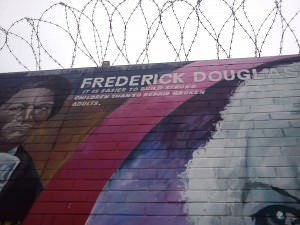 Disclosure: This article may contain some affiliate links. We receive a small commission when you book or sign up through these links and it costs you nothing extra. When it suits you, please use them, as it helps us help you! 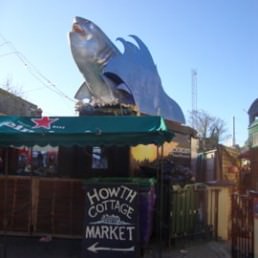 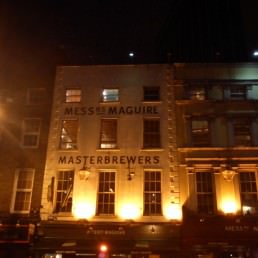