We just returned from a great week long stay in Bordeaux. Bell had to work part of the time but I wound up working 0% of the time, partly because France is stingy with free wi-fi (and air conditioning by the way) and our Ibis hotel room was a rather uninspiring environment to do anything constructive (yes I like excuses).

On this site we provide a lot of tips and insight for travelers and expats, but for regular followers of this blog you know I am always on the look out for whacky pictures to post and comment on. I usually don’t take it to the level of the old ‘Dennis Miller Live’ show on HBO from the 90’s which was absolutely hilarious in my demented opinion, but I aim to go almost there with this one (apologies in advance). With that, here are funny Bordeaux pictures that will probably offend you. 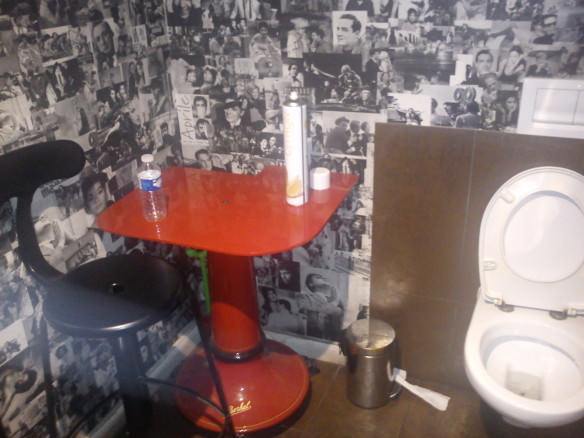 The French are known for great taste, as you’ll be hard pressed not to enter a bathroom at a funky bar and not see old images of Audrey Hepburn and other classic movie stars, along with at least one token nipple image (if not full nudity) plastered somewhere on the wall…But the concept at what I’ll call Le’Toilet Cafe might be a little ahead of its time. 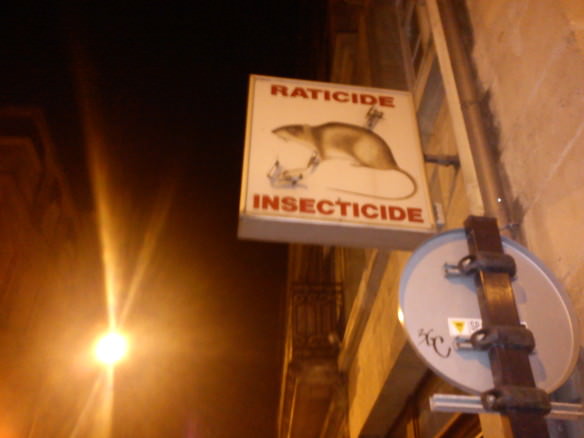 Rogier had big problems on his hands. After trying and failing to exterminate the rat with his cigarette, he knew it was a job only the professionals at Raticide could handle. 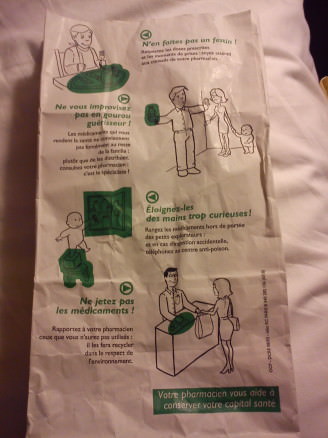 The paper bag from a pharmacy in Bordeaux makes French law abundantly clear…If Sophie thinks she can cure her postpartum depression with a rich cocktail of benzos, she needs to talk to the hand of her husband. 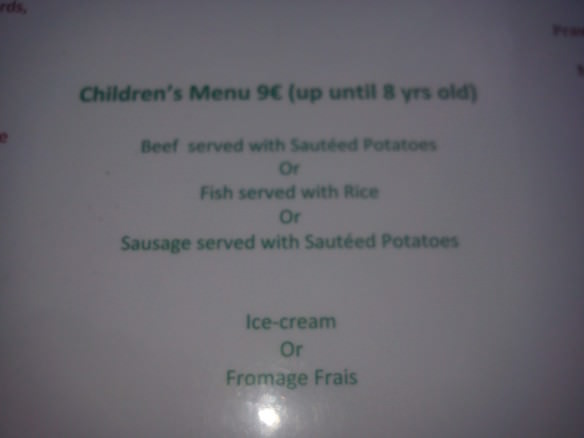 Little Cedric stared across the cafe at an American child eating his ice cream and couldn’t help but feel utter contempt for his father, who had ordered him the fromage frais (fresh cheese) for dessert.

Of course, cheese is among the best meals to eat in Bordeaux! So little Cedric has a more sophisticated palate compared to the majority of the planet.

Stop Peeing on the Streets of Bordeaux! 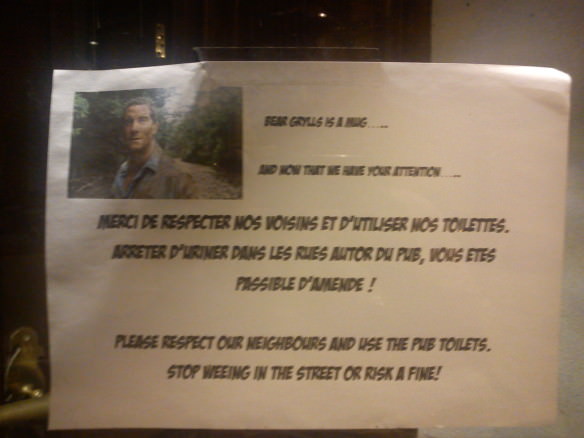 Aside from lighting cars on fire during major soccer tournaments, the other thing British hooligans do best in France is water neighborhood gardens and doorways with their urine hose. (Sign posted on front door of Bordeaux British pub called ‘Charles Dickens’)

Hopefully you had a light chuckle at this. Humor is subject to interpretation. We almost missed our flight departing Bordeaux, which we wrote about. It wasn’t at all funny during the moment, but entertaining reflecting back. It’s interesting that certain events can only be humorous after they occur!

Please feel free to leave comments, questions or harassing complaints about these funny Bordeaux pictures below. And if you’re planning a trip to France, get in touch if you have any questions! 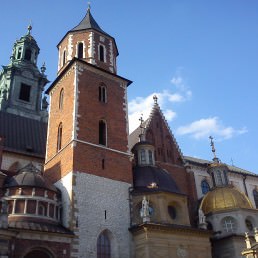 Must Things to do in Krakow 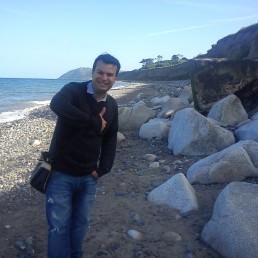