This past weekend Alex and I were in Cork, spending part of the time searching for ancestors in Ireland. I had business there, but was very excited to finally make it down to Ireland’s 3rd largest city as this is where my great grandma Molly emigrated from when she was just 17. She sadly passed away a few weeks after I was born, after spending over 60 years of her life in Australia, while never returning to Ireland. Even though we only met briefly, I’ve always felt a special relationship towards her.

My uncle visited Molly’s house from Australia a few decades previous and knew the street she lived on, but not the number. I did know that it was one of 2 houses, and that there were relatives living there 20 years ago when my uncle tried to make contact, but was unsuccessful. Those were different times in Ireland and people were weary when strangers came knocking on their door.

On our first night we actually walked passed the house by accident. I immediately recognized it from an old black and white photo, but also thanks to google street view! I was excited to be walking along the same footpaths that Molly once walked.

We were on our way to dinner though, and I still needed time to muster up the courage to knock on the door. 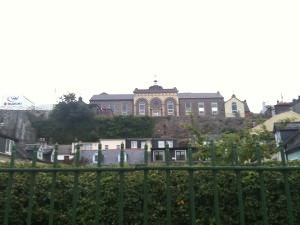 A couple days later, after I was done with work, Alex and I went to knock on the door. I was really nervous, I had no idea who lived in the house and how they would react to a strange Aussie and American inquiring about someone who lived there 100 years ago. But I was there and knew that if I didn’t try to find something out I’d kick myself later on. So I knocked and an older man opened the door. I stumbled on finding the words, but thankfully Alex stepped in to explain what we were looking for. We had the wrong house! But this was actually a stroke of luck because this neighbour remembered the family, but unfortunately after the passing of a cousin of mine, the house had been sold and there were now tenants in the house.

The neighbour’s wife had lived in the house her whole life and would have been able to tell us more, but she was unfortunately not home. He invited us to come back the next day around lunch time, but we were leaving. However, he said that we were welcome to call again and his wife could show us some old pictures of the neighbourhood. So Alex and I took some photos and walked around the area a bit and felt happy to have connected with my roots. 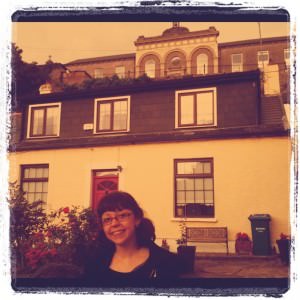 I don’t really know what I expected from this, but I would like to find out more about the family. I’ve used ancestry.com, but haven’t had much luck finding records. I just stumbled upon GenForum and found some other people looking for a family with the same name in the Cork area. Thankfully the family has an unusual name for Ireland so it makes searching a little easier. But if you want to start searching for someone you need to have a good amount of information already, for example their date of birth, and siblings dates of birth will be really helpful. Unfortunately, my nan, the daughter of Molly, passed away 10 years ago so finding out specific information is difficult.

Regardless, finding the house and just standing there was a special moment for me and one I won’t ever forget. If anyone reading this is related to Jeffers from the Cork area of Ireland I would love to hear from you! 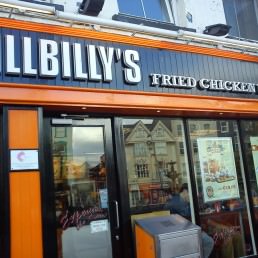 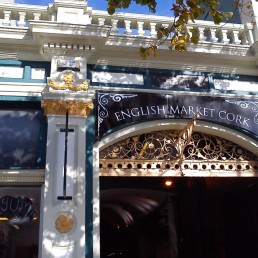 English Market Cork: What to Expect