Thinking to move to Europe? As an American and Aussie husband and wife, who previously resided in Amsterdam and Dublin for a combined 6 years, and currently publishing this while on a work trip in Berlin, we say do it if you can! And for many, you indeed can. This is just a few ways you can do it, including a break down of how we did it.

We’ll start with the easiest way, though this is definitely geared for people who are more spontaneous, open and willing to rough it a bit more. Save up some money, research the destination you want to be in and just fly to that European city and book yourself into a hostel. Hostels are frequently looking for people to work under the table. The pay isn’t good, but you’ll get a free place to stay and a bit of cash to supplement staying longer while making connections. Under the table work in pubs is also prevalent in Europe. In both cases, just rock up and ask if they’re looking for any help. In Amsterdam, you can even work as a legal pot dealer if that’s your bag! Coffee shops are sometimes looking for under the table help as well. If you don’t have a European Union work permit you can only legally stay in the EU for a maximum of 3 months at a time, or 6 months in 1 year. So before 3 months runs out, you just need to duck over to a nearby country like Serbia, Turkey or Morocco for a bit before returning. We met in a hostel while backpacking solo just after college and met lots of people who stayed in Europe for a long time, simply by rocking up and staying in cheap hostels and going from there. And if you’re looking for love, we’re an example of how traveling to Europe can really help in this department! But since this isn’t for everyone let’s explore the other options…

The best English teaching jobs typically require you to have a college degree and to pass the TOEFL exam. With that said, particularly in Eastern European countries like Poland, the Czech Republic and Hungary, you can possibly score English teaching work without a college degree or passing this exam! When Alex was in Prague he met an Irish guy at the hostel who had done just that. And we also have an American friend without a degree who taught for years in Poland and the Ukraine. He’s now moved on to Asia and has been living abroad for over 6 years teaching English in various countries. Keep in mind, even if you’re accredited, in countries like Italy, Spain and France you need to be persistent because there’s a lot of competition for jobs teaching English due to the popularity of these countries with travelers.

3) Work for a Multi-National Company (and you don’t necessarily need a college degree!)

One of our best friends in the Netherlands worked in the Dutch office of the Minnesota based multinational hardware company Fastenal. He never went to college and just started working with them in Minnesota, where he grew up. As they expanded they needed sales representatives abroad and he initially took a position in Shanghai before being transferred to the Dordrecht, Netherlands office. He made a good salary and his company paid the rent on his apartment. He’s since transferred back to Shanghai and has been living abroad for over 6 years. There’s currently a lot of tech jobs in Dublin as it’s become the silicone valley of Europe- with Facebook, Google, Microsoft, Airbnb, LinkedIn, Amazon and more having their European headquarters there. Many of the friends we made in Dublin worked for these companies.

4) Find a PhD or Masters Position

This is one of the least traveled ways to move to Europe, but this is how we moved to Amsterdam. Bell applied for a PhD position at the University of Amsterdam and they offered her the position. The Netherlands is a great country to do a PhD because candidates are viewed as assistant researchers and are paid a livable salary on an upward sliding scale. Positions typically last 4 years and you receive a raise each year, on a salary determined by the Dutch government. In Bell’s final year of her PhD, she was earning around 35,000 euro per year ($45,000 USD), which is great, especially since PhD candidates in the United States are paid peanuts!

Masters positions don’t pay, but if you’ve recently looked at the costs of attaining a masters degree in America, you know how expensive it is. A good friend of ours received a scholarship to study an environmental science degree in Finland, where they even paid his rent! Finland is looking for diversity in some of its university programs and offering enticing ways to make up for the previous lack of it.

We’ve also had friends who have done this and had great experiences with host families. Some nannies even get taken on luxury trips where they have some time to enjoy an exciting foreign location in between minding the children. A good friend of ours recommended the agency, Aupair-Nederland for those interested in positions in the Netherlands, as she had a good experience with them.

If you happen to be a ski or scuba diving instructor, there’s an excellent chance you can score seasonal work in the respective European locations where these activities are popular (the Alps for skiing and Mediterranean for diving). There’s also seasonal farming and camp work in certain areas, with France being particularly popular for this.

There’s lots of options and we particularly hope this reaches a few people who are stuck in a bit of a rut at the moment. Perhaps you’ve just gone through a break up and want a major change in your life, or there’s currently job opportunities lacking in your area. There’s lots of ways to move to Europe, even more than the many ways we’ve listed here. Think outside the box and don’t be fooled into thinking life has to be the same linear tract we are indoctrinated into thinking it is in school, by the media, and by society. 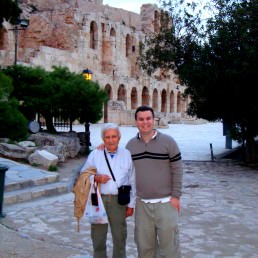 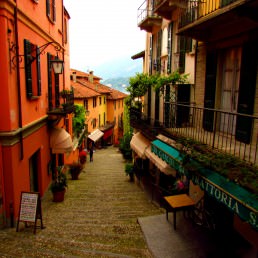 How to Experience Bellagio Cheaper

5 thoughts on “How to Move to Europe!”