The USA’s first primary is always huge news. And certainly bigger news than it should be given the small population size of New Hampshire and how many other newsworthy events are happening in the world. But US political campaigns are big money (unfortunately), and a good showing means candidates can rake in more cash to continue their campaigns into other states. Since Boston is only an hour away from New Hampshire we decided to drive up so we could share some images from the 2016 New Hampshire Campaign trail. 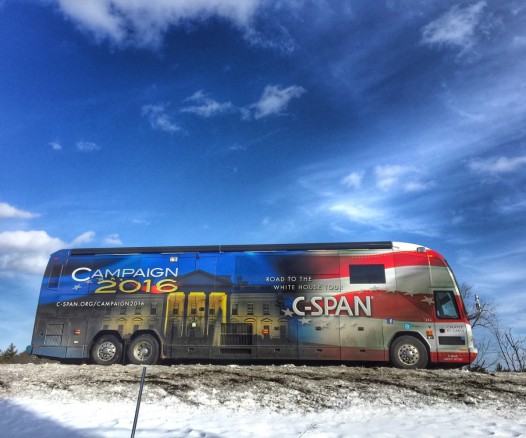 On Saturday we stopped at republican candidate John Kasich’s New Hampshire headquarters in Manchester, where he got off his campaign bus to encourage supporters to go door to door to rally support. Using a textbook quote from the political playbook he proclaimed “this campaign isn’t about me, it’s about you!” Of the 150 or so people surrounding current Ohio Governor Kasich we estimate half were media, bloggers and random spectators. We heard one women shout that she’d traveled from California and another man yelled that he was from Illinois. We shouted “Boston!” 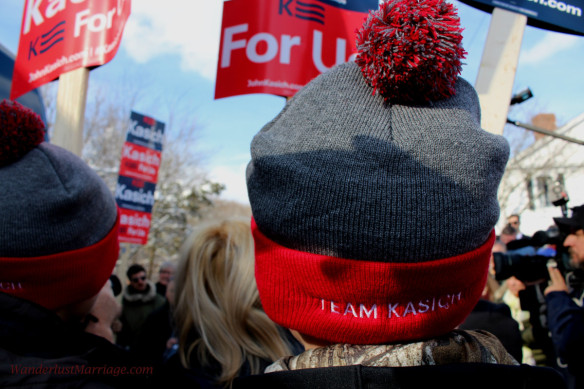 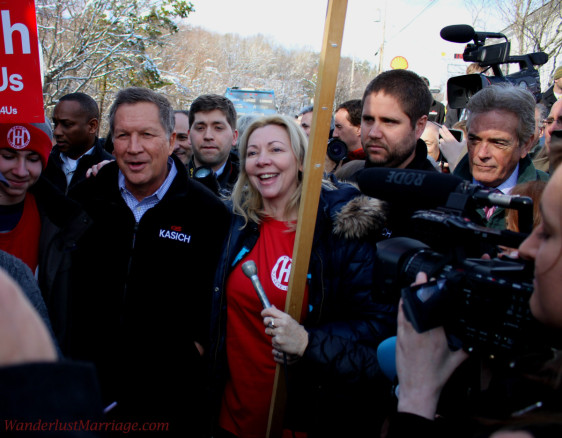 After seeing Governor Kasich we decided to stop at the Red Barn diner, because that’s what all good politicians trying to win New Hampshire do. There’s a saying that you have to shake the hand of a Granite Stater twice to seal their vote. Our waitress said Donald Trump received a rude welcome in one diner where he was called a “racist” while eating his lunch. On a side note, Red Barn’s blueberry pancakes were fantastic, as they were packed with fresh blueberries. 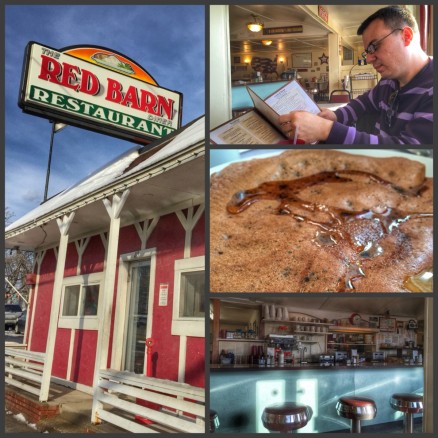 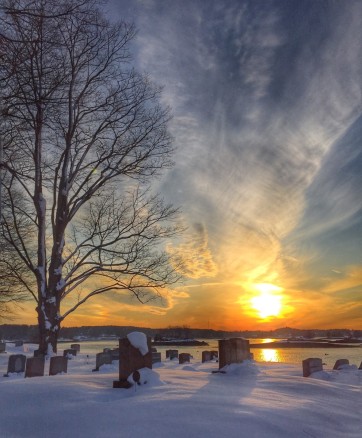 After lunch, we randomly bumped into the C-SPAN bus on a road in Manchester. The bus was heading to Portsmouth for a big Hillary Clinton rally at Great Bay Community College. Since we were heading in the same direction, we followed the C-SPAN bus for around 40 miles on Highway 101 before briefly parting ways. After watching an amazing sunset over a snowy landscape just outside of Portsmouth on Newcastle Island, we reunited with the C-SPAN bus on the college campus.

A massive crowd of people were lined up outside the campus auditorium in below freezing temperatures to wait to go through metal detectors. Certain groups were able to skip the regular line to go through security, which included just two metal detectors, meaning the people in the back of the regular line were particularly screwed over. We snapped a few photos of the crowd and left for dinner in Kittery, Maine at Warren’s Lobster House, as there was no way we were waiting a minimum of 90 minutes in below freezing temperatures. Even the C-SPAN bus didn’t stick around as they then drove to Manchester for the Republican debate (assuming they also didn’t end their political coverage to enjoy dinner). 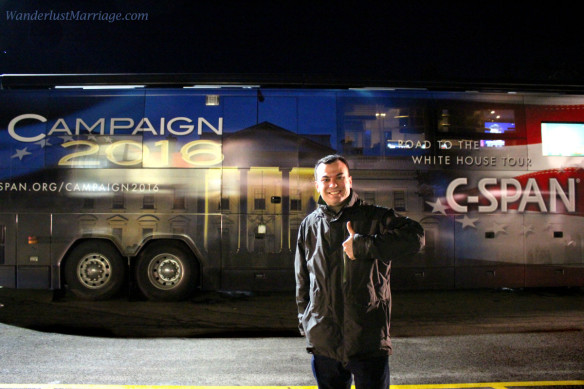 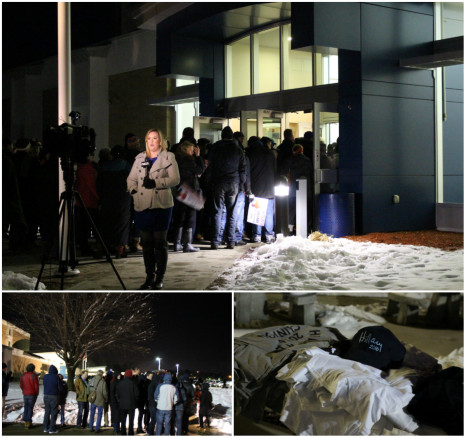 While we usually steer clear of covering politics, we enjoyed capturing some images from the 2016 New Hampshire campaign trail. It’s only every eight years that political candidates from both sides swarm the Granite State, which brings more national attention to New Hampshire than it has at any other time. For travelers, New Hampshire’s White Mountains are fantastic any time of year, as is beautiful Portsmouth, which is the USA’s 3rd oldest town. Combine that with a friendly and laid back populace, who’s state motto is “live free or die,” and you have a fantastic state for at least a weekend getaway. 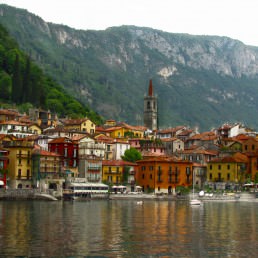 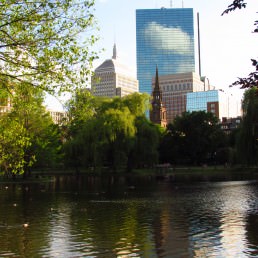 Common Questions on Being an Airbnb Host