At nearly 2,500 years old, the Parthenon is one of the world’s most famous buildings. We all learned about it at school at some point, and it’s as iconic as the Roman Colosseum and the pyramids in Egypt. The Parthenon was built as a Temple to the goddess of Athena during the Golden Age of Pericles in 438 BC. It stood virtually intact for over 2,000 years until an explosion in 1687 caused major structural damage (The Ottomans stored ammunition in the Parthenon and the Venetians blew it up). It’s amazing anything is left of it, and that’s a testament to how well it was constructed to begin with. Because of time and pollution the Parthenon is constantly being attended to so that is is preserved for future generations.

Restoration of the Parthenon is a hot button issue and archaeologists have debated for years as to how to move forward. With new pieces of marble needing to be added in certain places to ensure the structures stability, current renovations by the Greek Ministry of Culture have indeed been controversial but necessary. Some archaeologists want to fully reconstruct the Parthenon while others believe in restoring only what remains.

Here’s a series of photos taken on my most recent trip to the Parthenon in October, 2014. The current restorations have the Temple looking a little hodgepodge, but hopefully when the restorations are completed, the Parthenon will look better than it has in centuries. Whatever the case, it’s one of the most important buildings in the western world as its the enduring symbol of the birthplace of democracy. The Greek Ministry of Culture and the international community should do whatever it takes to preserve the Parthenon for another 2,500 years. 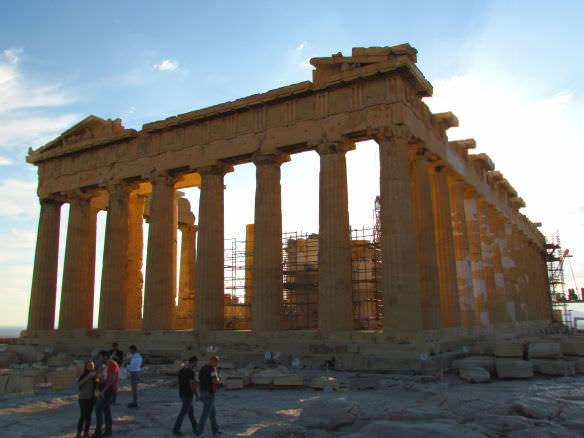 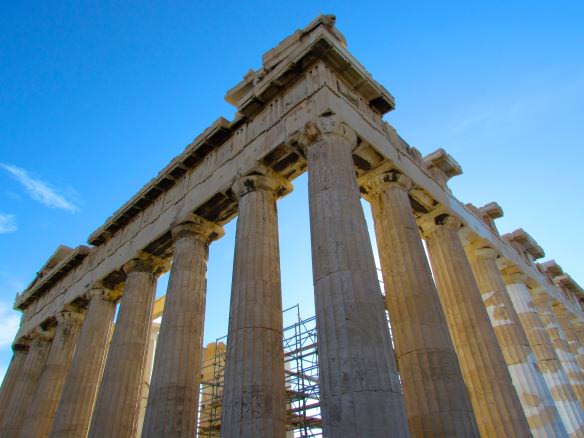 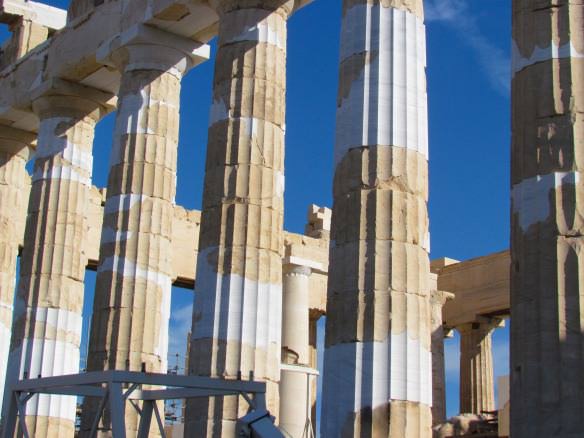 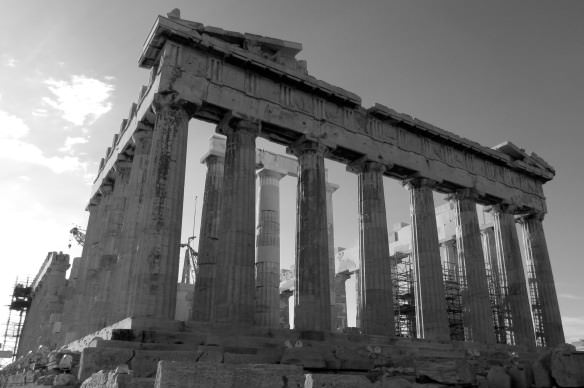 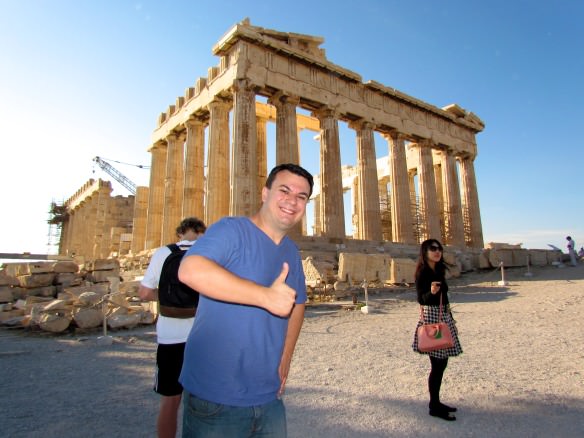 Tip: The Parthenon can be very crowded during the middle of the day. So either visit in the morning or during the evening to avoid big crowds.

If you want to see what the Parthenon looked like in its glory days you can travel to Nashville, Tennessee which built an identical Parthenon to the Athenian one in 1897 to commemorate the states centennial expo! The Nashville Parthenon houses a full scale replica of the ivory temple of Athena and serves as an art museum for 19th and 20th century American artists. It’s a one of a kind recreation on this planet, with an American twist!

Book well reviewed accommodation with free cancellation as soon as you can given how busy Athens currently is. Then if plans change, you can always cancel your booking!

Luxury: The Grand Bretagne is a historic 5 star hotel in Athens with history dating over a century. Rooms have marble bathrooms and some have balconies facing the Acropolis and the daily changing of the guard at the Parliament. From their Roof Garden Restaurant you can see the original Olympic Stadium and Acropolis. The Grande Bretagne Spa offers a thermal suite, complete with herbal bath, grotto, ice fountain, couples retreat and indoor pool. Guests can even pamper themselves with ouzo oil massages.

Mid Range: Athenaeum Grand Hotel is a modern hotel offering a comfortable stay at a good price. Rooms and suites are fitted with hardwood floors, nice furnishings and a modern bathroom. All rooms even include use of a smartphone that’s programmed with a guide to Athens, that you can use while touring the city. Beds are really comfortable and the breakfast buffet is great quality. We enjoyed our stay there.

Budget: Delphi Art Hotel is a nice budget choice housed in a neoclassical building dating back to 1930. Some rooms even have balconies overlooking the lovely National Theatre of Greece!

Budget travelers should also consider renting an Airbnb apartment with good reviews. If you’ve never used the service, sign up here to receive $40 off your first stay over $75! Book apartments with consistently good reviews.

Disclosure: This article contains some affiliate links. We receive a small commission from bookings at no additional cost to you. 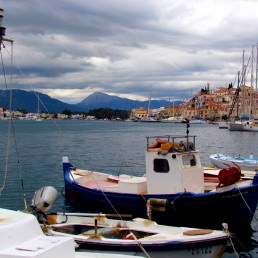