Budapest, Hungary is coined ‘Spa City’ as it is home to more medicinal thermal baths than any other capital city in the world. The impressive Hungarian capital rests atop 123 thermal springs. Roman settlers built the first spa baths, and the tradition continued through the Ottoman occupation. Budapest is home to 9 bath houses and an abundance of massage houses. Four of the most popular baths are Szechenyi, Rudas, Gellert and Kiraly. There are pros and cons to each of them, and which one you enjoy most will depend on your personal preferences. If you only have time to visit one Budapest spa, this article should help you pick which is best suited for you. Here are tips for visiting spas in Budapest!

Which Spa in Budapest Should You Visit?

Bell and I have visited Budapest a couple times together, and on separate visits dating back to 2002. The striking Hungarian capital is one of our favorite cities, in part because of its impressive and affordable wellness spas. We’ve enjoyed visiting Szechenyi, Rudas and Gellert baths and can recommend all of them for different reasons. Kiraly is currently closed for renovations.

Situated along the Danube, Gellert Spa dates to 1918 and is attached to the Gellert Hotel. We visited beautiful Gellert Spa on our most recent trip, after our 8 day Danube Delight river cruise with Emerald Cruises. It is the most centrally located of Budapest’s baths, just across the bridge from Central Market. It’s only around a 10 minute walk from where the river cruises dock, meaning you can also conveniently visit the baths after exploring Budapest on a river cruise.

If you want to avoid crowds, visit Gellert Spa on a weekday when it’s less busy. The admission price at Gellert is just slightly higher than Szechenyi, making it a little less popular with locals and therefore less crowded.

Gellert Thermal Baths are open daily from 9am -7pm.

Szechenyi Spa Baths are the largest and most popular and famous baths in Budapest. The Neo-baroque palace was built specifically for hosting Szechenyi Baths in 1913. There are 18 medicinal natural hot spring pools, 10 saunas/steam cabins, several massage therapies, facial treatments, and even a Thermal Beer Spa. There are two thermal beer spas where you can soak in tubs while enjoying frothy brews.

Szechenyi Spa Baths are one of the most popular attractions in Budapest. So they can be extremely crowded on weekends. If you want to avoid crowds, visiting on a weekday, or go to one of the other baths.

Rudas Thermal Bath is one of the oldest bath houses in Budapest, dating back over 450 years. The baths were built during the Ottoman Empire, when Turkish pashas reigned over the city. Rudas offers traditional single sex Turkish baths on some days, and is open to all genders on weekends. Rudas offers the cheapest prices of the major baths during on weekdays, but is more expensive than the others on weekends. You can purchase a daily thermal ticket starting at 3,800 FT ($12 USD) on weekdays. But on the weekends, the price jumps to 6,900 FT ($22 USD).

All day Monday, Wednesday, Thursday and until 12:45 Friday, Rudas is reserved for men only.
Tuesday the baths are only open for women. Friday from 1 pm, Saturday and Sunday are co-ed.

Co-ed times at Rudas requires visitors to wear swimsuits. But on the male and female only days, swimsuits are not a requirement. Loin clothes are optional. So keep this in mind if you plan on visiting! I’ve visited Rudas on a male only day and with Bell on a co-ed weekend day. I prefer the co-ed day, but that’s personal preference.

Rudas Baths are open daily from 8am – 6pm.

Items to Bring to the Spa

Hungarian baths are typically co-ed and require you to wear swimsuits. This is different from some countries in Europe, like the Netherlands, Germany and Finland, wear co-ed nude spas are common. So you either have to bring a swimsuit, or buy one from the spa shop. Or you can visit Rudas on male or female only day, where you can wear a opt to wear a loin cloth or go au natural.

Visitors are also required to have a towel and flip flops. When we visited, we purchased one towel as a souvenir, and brought one towel from our Airbnb apartment rental. We had already purchased enough items for gifts, and didn’t need a second towel.

Gellert Baths, attached to the Gellert Hotel, is especially strict on rules. They also require visitors to have a swimming cap in the main pool. We saw a couple people jump in the main pool without a swimming cap, and the employee watching them loudly blew their whistle! Follow the rules, so you don’t get loudly whistled at.

Tips on Visiting the Baths

Most of the thermal spas in Budapest are heated to temperatures of around 35-40 celsius. That equates to around 95-104 degrees Fahrenheit. Depending on the temperature, signs are posted with recommended times that you should spend in the warm pools. Afterwards, you can jump in one of the cold pools and then return to the warm thermal pool. Repeat that a few times. It’s great for blood circulation and ultimate relaxation.

Lunch and a drink at the Baths in Budapest

Time permitting, you should plan to spend several hours relaxing at the baths. Gellert Spa has a cafe where on a nice day you can enjoy the outdoor terrace over a beer, wine, coffee or soft drink. You can also enjoy a casual lunch like a Schnitzel sandwich or goulash soup. We visited on a warm enough day in early October where several groups of friends and couples were enjoying the outdoor deck over beers. The Schnitzel sandwich was not the greatest thing I ate in Budapest, but it hit the spot for enjoying the afternoon.

Massages at the Spas and Around Budapest

Thai massage salons are ubiquitous in Budapest. They generally offer quality massages for much lower prices than the bath houses. Bell and I chose to book a 90 minute couples at Kesorn Thai Massage. The total cost of that massage was around 25,000 FT, or around $80 USD. That’s a significant savings over booking massages at the big spas. We visited Gellert Spa on a Friday afternoon and booked the Thai massage in the evening before a scrumptious Hungarian dinner. That was a great date day! Some Thai massage parlors offer great couples packages, so check a few of their websites and read reviews to find what you’re specifically looking for.

Where to Stay in Budapest?

We highly recommend staying at Radisson Blu Beke Hotel, Budapest because its comfortable, close to public transportation and walking distance from many of Budapest’s attractions. We also enjoyed a great day trip to the charming town of Vac, Hungary from nearby Nyugati Train Station. 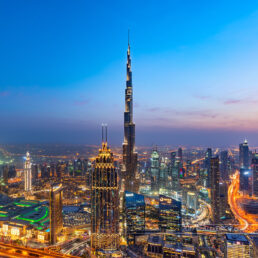 Most Romantic Things to do in Dubai for Couples 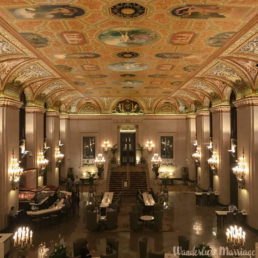 Great Ways to Save Money on Hotels

2 thoughts on “Tips for Visiting Spas in Budapest, Hungary”