Europeans are generally more relaxed than Americans on the world’s oldest profession, so one of the things Amsterdam has become most famous for is the sex trade in its Red Light District (‘De Wallen’ in Dutch). The Red Light district compromises some 300 rooms (kamers), where women display themselves behind windows, as they either make seductive gestures to lure men or play on their cell phones, bored. A college friend once told us that a prostitute once opened her door, pointed at her funky shoes and laughed. So ladies, you’re equally welcome to stroll the district safely, just be aware that wearing unusual attire could get you mocked, though Bell never has been. If you’re in the Red Light district do not take photos of the girls, unless you want to get yelled at and risk your camera getting thrown into the canal. But as long as you’re just capturing the general scenery and not the actual girls, your golden to take as many photos as you’d like.

Asides from the prostitutes in windows, Amsterdam’s Red Light District offers several sex shows like the Casa Rosso and Bananen Bar, where you can shell out some euros to watch live sex theater. The Black Tiger Bar has nothing to do with prostitution aside from its location, and offers great seats across the canal to watch men approach windows to negotiate sex, while you enjoy a Heineken or mixed drink. There’s several coffee shops like the famous Bulldog., where you can buy and smoke weed. Bulldog was founded in 1975 and it’s the oldest coffee shop in Amsterdam. When in Rome, right?

Amsterdam’s Chinatown borders the Red Light District on Zeedijk street. As is usually the case in cities worldwide, Chinatown is one of the cheapest areas to eat in Amsterdam. We used to occasionally sit down for Peking duck over steamed rice when we lived nearby as it was a great deal. 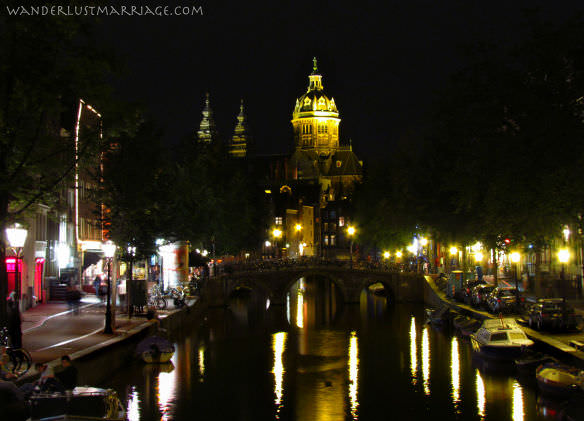 The Dutch pride themselves on being open and tolerant, and many believe ‘De Wallen’ is a testament to this. The area is relatively safe as it’s regularly policed. Though you should obviously take precautions for pickpockets, especially if you’re heavily under the influence of drugs or alcohol. Many argue that it’s better for the girls to be behind windows than on the streets, but others argue that Amsterdam’s open policy on sex trading only makes human trafficking easier. The reality is somewhere in between, prostitution and human trafficking exist everywhere and the United States arguably wastes a lot of resources to fight something that the government only pushes underground, into even more sinister terrain.

These photos were taken on a tripod in September, 2014, with our modest Canon Powershot camera with the lens opened wide and the shutter speed set to super slow, without flash, to capture as much natural light as possible. We found Amsterdam’s Red Light District to be a fantastic place to take night time photos. Just remember, unless you want to get smacked, don’t photograph the girls!

On a 90 minute guided tour, a local expert will explain the history of Amsterdam’s legal prostitution, drugs, architecture and the laws of the Red Light District. Book this offbeat Amsterdam Red Light District tour with a local guide. Tour prices start at $23.99 US. 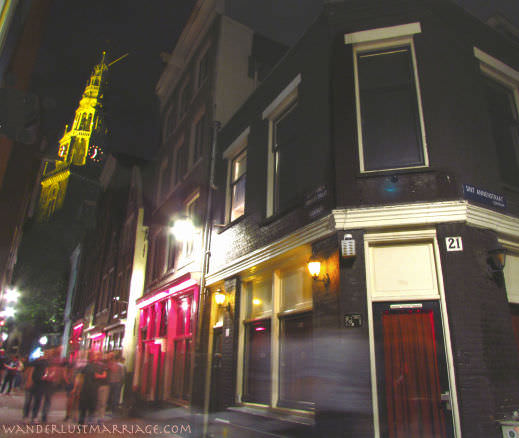 Where to Stay Near the Red Light District?

Hotel prices in Amsterdam vary depending on time of year and availability. Book something with free cancellation as soon as you know your dates of travel, especially for summer and the holidays! Keep in mind that accommodation in the Red Light District can be noisy, so you may want to stay outside the district.

You’ll generally find the best value booking short stay apartments in the Netherlands, especially in Amsterdam’s historic center during summer and popular holidays like New Year’s and King’s Day. If you’ve never used Airbnb, sign up here for free and receive $40 credit off your first stay!

Want to fly to Amsterdam for Free?

Delta has a lot of flights between Amsterdam and the US. The Delta Skymiles American Express Gold Card is free the first year and just $95 each year after. They give a 30,000 – 60,000 point bonus after the initial spend. A free flight to Amsterdam will start at around 60,000 points on Delta, and you can accumulate that difference through everyday purchases over several months. There are other perks to having the Delta SkyMiles AMEX Gold Card, like free checked bags on Delta flights.

Want tips on maximizing credit card bonuses for free flights? Get in touch! 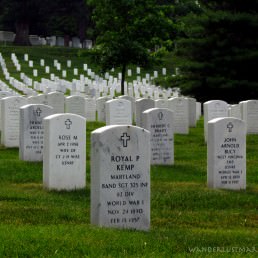 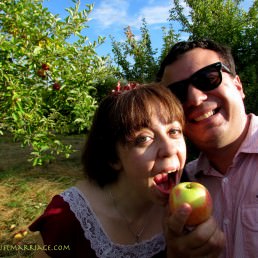