Away from the touristy Delirium Cafe and it’s world record 2,000 beers on offer is a lesser-known gem, the family run Cantillon Brewery in Brussels. Cantillon has been brewing lambic beer with the same equipment since their inception in 1900. The active brewery and museum reside in a quiet residential neighborhood and apart from visiting Cantillon, there is little other reason to venture into this part of town.

Arrival at the Cantillon Brewery

We visited the Cantillon Brewery on a cold wintry Saturday and while the brewery only produces beer Monday through Friday (and only from October to April), the advantage of going on Saturday is that you are free to tour the functionally historic brew house unsupervised and at your leisure. We’ve visited several active breweries and this was definitely a first just in itself. Guinness doesn’t even let you actually witness their beer being made, let alone run amuck in their brewery! 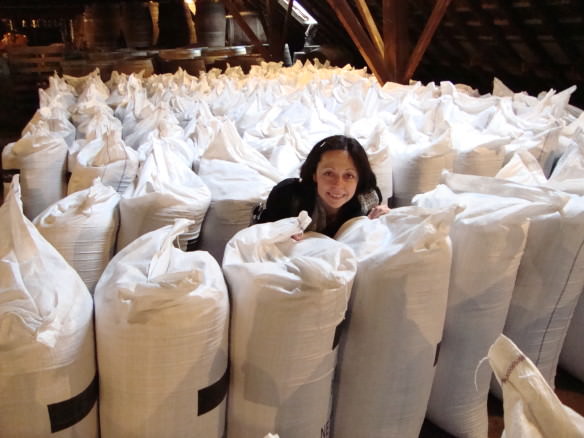 Upon entry to Cantillon brewery we spoke with the owner’s daughter Julie for several minutes. She warmly explained some of the unique nuances of lambic beer and the brewery itself, armed us with an English pamphlet and sent us off to explore the farmhouse like establishment; complete with cobwebs, dust and an abundant supply of grains.

Aside from getting to meet the brewer’s family, what makes Cantillon unique is that they are the last surviving maker of authentic lambic beer in Brussels. “Throw out any pre-conceived notions you have of beer” Julie remarked, in regards to her families product. We’d tasted Lindemanns ‘lambic’ before, but that’s a sweetened and carbonated imitation. Real lambics, like those produced at Cantillon, have no added sugar, no carbonation and are made with aged hops and wild yeast. The beer then rests in oak casks for one to three years to allow the complex sour flavor to mature.

Many beer aficionados believe all beers fall into two categories- lagers or ales, depending on how they are fermented. But a lambic falls in neither category because its fermentation process differs completely from the sterile environment where lagers and ales are born. After mashing, the brew is dumped into a large bronze cooling tun overnight (like a giant shallow kiddie pool) in the attic of the brewery. The windows are left open so the brew can be exposed to cold outside air and micro-organisms, this combined with wild yeast, creates a spontaneous fermentation that slightly alters the taste of every lambic batch. During the process, the beer obtains flavor from the brewery itself, as “barnyard” is one characteristic that many tasters note when sampling lambics. And if you have arachnophobia, be forewarned, cobwebs are never removed as spiders kill pesky insects that are harmful to lambic production. 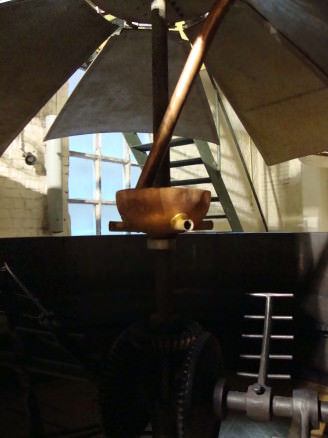 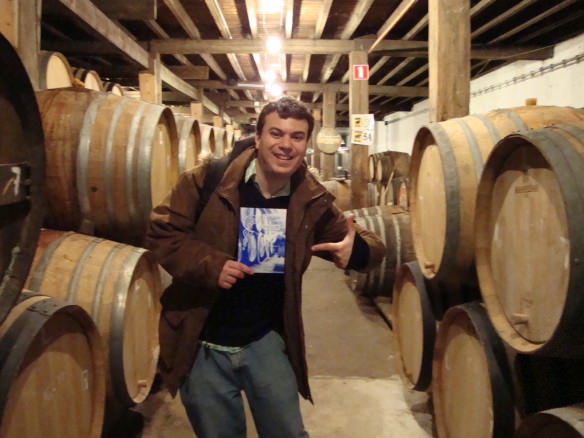 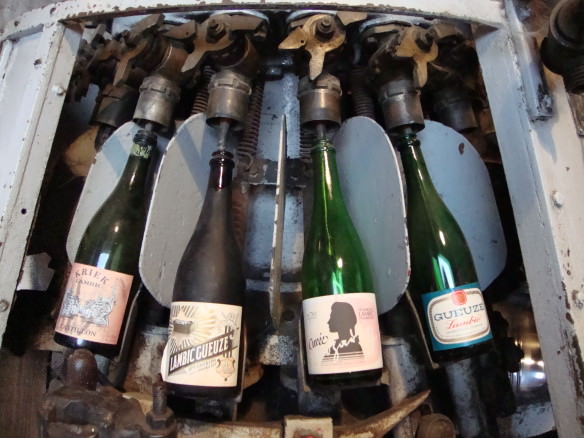 Highlights of the Cantillon Brewery Tour

The highlight of our unguided Cantillon brewery tour was the spacious storage room where hundreds of lambic filled oak casks age. The room bursts with a tart aroma and several of the casks literally exploded with lambic, as beer residue can be seen around the barrels plugged cork. The smell was interesting, but also amazing. It’s always a joy to be completely surrounded by literally tons of beer!

After touring the Cantillon Brewery facilities, it’s time for the best part – beer tastings! The current €7 ($10 USD) entrance fee also includes a small beer at the end of the tour (when we visited they gave two samples). Geuze is a mix of one, two and three year old batches of lambic, created for relative consistency in an unpredictable brewing environment. While the geuze was intensely sour, it was also surprisingly smooth.

After the geuze we were given the option of cherry or raspberry lambic. I chose raspberry (framboise in French) and Bell chose cherry (kriek in Flemish), a fitting compromise between the two official languages of Belgium. The fruit lambics were still intensely tart and acidic, but with a sharp lingering aftertaste of sour raspberry and cherry respectively. All three varieties were like nothing we’d ever drank before, but we both thoroughly enjoyed the full-bodied taste and wine cellar-like ambiance. 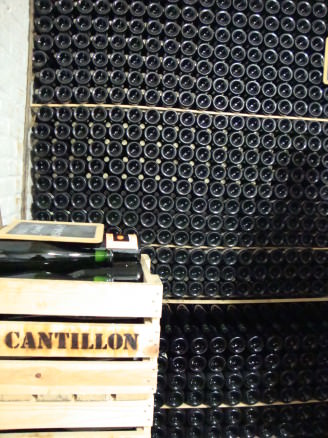 To enjoy the one of a kind flavor of lambics, you have to be open-minded, even the owners will tell you that. But like anything, the taste isn’t for everyone, especially in this case. But even some people that don’t like the beer still recommend visiting Cantillon brewery, according to Tripadvisor reviewers. And if you do happen to like the beer, in addition to their sampling choices, they also brew a grape variety (Vigneronne) and several vintage offerings that are for sale at the brewery. If you’re in Belgium but can’t make it to Cantillon, look for it in your rabbit stew as Belgians love to cook with their unique beers! 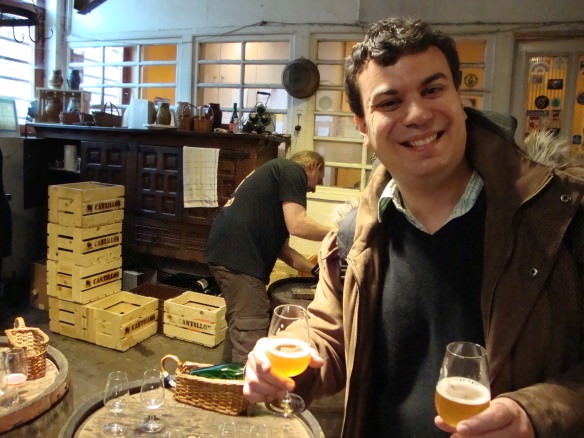 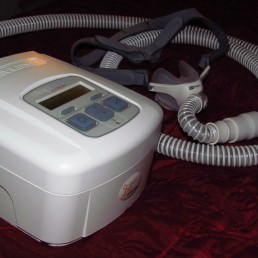 Tips on Traveling With Sleep Apnea 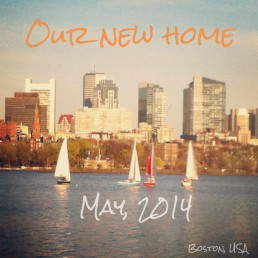 Moving From Dublin to Boston