Orlando is the theme park capital of the world and the planet’s most visited city, with an estimated 60 million visitors annually! But many visitors skip downtown Orlando and spend all their time at the theme parks and touristy International Drive and Kissimmee. And with so many fun parks, you can’t blame many visitors, especially those with kids. But as someone who grew up in the area (and even worked at Disney as a teenager), I know many great Orlando restaurants. Anybody who criticizes Orlando for not being cultural, hip, beautiful or historic hasn’t spent enough time there to get to know it better. 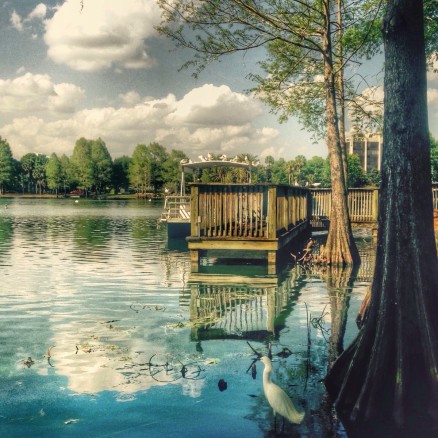 Established in 1947, Linda’s La Cantina is Orlando’s oldest restaurant and a reliable establishment for a great steak at a fair price. Their USDA choice top sirloin meal for $20 is great. Dinners come with fresh baked bread, house salad and a choice of baked potato, steak fries, spaghetti, green beans or steamed broccoli. White table clothes, friendly service and delicious steaks make Linda’s La Cantina one of the best Orlando restaurants. Just be sure to make reservations, especially on weekends.

Lake Eola is beautiful for a relaxing afternoon stroll and a nice meal. You can even rent swan paddle boats! A lovely place to eat on Lake Eola is Relax Grill. Surrounded by palm trees, you can easily imagine yourself on the beach…in a downtown Orlando restaurant! The meals are solid, with excellent burgers and mahi mahi sandwiches, among a wide variety of menu choices. 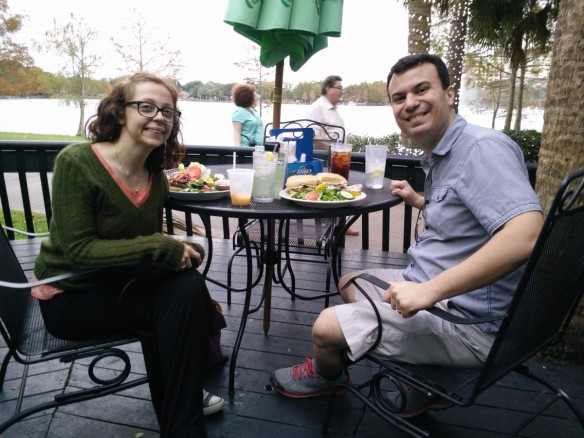 For beer aficionados swing by World of Beer to drink pretty much anything your mind can conjure up, with a huge selection of craft beers from around the USA, Belgium and elsewhere. Florida has many great craft breweries all over the state. Some implement the states citrus into the brews, with orange and lime flavors. World of Beer is a great place to drink Florida beers along Lake Eola. Or perhaps enjoy a tasty German or Belgian beer.

If you’re looking for a tasty cocktail at a hip venue, head to Stardust Lounge. They even have a monthly burlesque show! We visited once with friends and watched a bachelorette become pretty red in the face during the burlesque show.

If you visit one suburb of Orlando it should be beautiful Winter Park. Winter Park is home to one of the best Irish pubs you’ll visit outside the Emerald Island. Even though we lived in Dublin for 2 and ½ years, we still enjoy Fiddler’s Green and love the authentic décor, ambiance and some excellent menu choices. You probably won’t leave disappointed if you order the fish n’ chips or shepard’s pie. And sure you can order a Guiness, but red ales are also quite popular in Ireland, so Orlando Brewing’s Red Ale is a good choice. Drink local when you can because that’s often what’s best!

Another great place to eat and drink is right across the street from Fiddler’s Green at Cask & Larder. Cask & Larder brews a great range of beers like a delicious hoppy brown ale, red ale, milk stout, wheat, IPA and more. They also serve good food that’s a little more high end than Fiddler’s Green, but you can still just order a burger and fries, which is what I ate.

You can also find Cask & Larder’s tasty beers at their sister restaurant in Winter Park, The Ravenous Pig. A meat lovers delight, a solid choice is the milk and honey marinated pork collar. Ravenous Pig cooks up a whole pig roast on the first Saturday of every month!

Hawkers Asian Street Fare is another Orlando restaurant gem that blends the best of Asian favorites, from Singapore to Japan. Start with the popular Malaysian fried bread with curry dip (roti cani) or spicy Kimchi. Both appetizers are excellent (the kimchi is healthier, but very spicy). Then navigate your way from there, depending on what you’re in the mood for.

Their po po lo curry, a delicious family recipe with chicken, veggies and rice is my favorite dish at Hawkers. The curry laksa is another great go to dish that we love ordering at Asian restaurants. They also serve some great beers, with an excellent weekday happy hour from 4pm-7pm.

Pom Pom’s Teahouse and Sandwicheria was recently introduced to me by an old high school friend that’s also traveled around the world. Located in Orlando’s ‘Milk District,’ Pom Pom’s is an excellent choice for delicious and unique sandwiches and tasty desserts.

Pig Floyd’s is good ole fashioned southern barbecue with a twist. In addition to delicious brisket, pulled pork and ribs, you can also get tasty barbecue tacos and Vietnamese Ban Minh sandwiches stuffed with pulled pork. If you want to try southern American and Asian fusion, head to Pig Floyd’s!

Just north of Orlando on Lake Monroe, downtown Sanford has several awesome hangouts and cool art galleries within a short walk from each other. The Imperial has a great selection of beers, whiskeys and cocktails in an antique store! The Imperial also has locations in downtown Orlando and Winter Park.

Hollerbach’s Willow Tree is a great German beer hall that cooks as good a schnitzel as you’ll find outside of Germany. They also feature live German music on weekends and many weeknights. Jager schnitzel, topped with a rich brown gravy with wine, mushrooms and onions, plus a choice of two sides, is a favorite. Their goulash, pork shank and sauerbraten are also great choices.

I have to credit my good friends Jerry and Kelly for introducing me to both of these places. I’d never hung out in downtown Sanford previously and I was really impressed by those two establishments.

There’s even a Belgian beer bar called Buster’s Bistro in downtown Sanford! Look for the huge Belgian flag out the front. Inside is sure to satiate any Belgian beer cravings you may have.

My father is 87 and I’ve visited Orlando three times in the past year. I’m re-discovering the town I grew up in, from middle school through university days at UCF, by trying some of the best new establishments, along with re-visiting places that have been Orlando institutions for decades, with family and great friends. Here’s more of my local tips for visiting Orlando, to avoid overpriced tourist traps!

There are fantastic hotels and resorts to stay all over Orlando. For couples that want a romantic getaway, stay in historic Winter Park at The Alfond Inn. If you want to be close to downtown Orlando’s bars and nightclubs and the Amway Center, stay at the Grand Bohemian. The Victorian themed Grand Floridian Resort & Spa is a stone’s throw from Magic Kingdom and among the best of the areas fantastic resorts. The Hyatt Regency Grand Cypress is a fantastic golf resort, featuring 45 holes designed by Jack Nicklaus and a world class swimming pool.

Have a question about an upcoming Florida vacation? Let us know in the comments and we’ll get back to you! 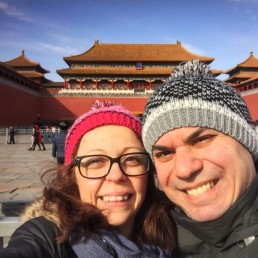 How American Airlines Nearly Cost Us Our Trip to China

3 thoughts on “Orlando Restaurants off the Tourist Trail”