Being in our early 30’s, Bell and I don’t stay in many hostels these days. But over 11 years ago we met in a hostel in Bruge, Belgium while we were backpacking Europe solo after college. In our respective months of travels we probably stayed in around 30 hostels each, some on recommendation from each other. Naturally, some funny hostel stories are part of the adventure!

Traveling alone isn’t for everybody and a good alternative to this could be a study abroad program or Contiki tour, neither of which Bell and I ever did. These cost more money and can have a more rigid schedule than doing it yourself. I thought about a study abroad program when I was in university but then thought, why would I want to study in Europe? Though if you are an art history, language student or someone that just wants to blow off classes I could see why many kids do.

If you have an urge to travel the world solo you absolutely should. Hostels can be loads of fun and you might even meet your future spouse, like Bell and I did. You can also make friends to travel with, like each of us did. For inspiration here is the first in a running series of funny hostel stories.

I’ve always been a bit of a prankster and during my big backpacking trip some years back I met a fellow American prankster from Michigan. Our affinity for crap talking and stupid antics forged a bond that saw us travel around Austria, the Czech Republic and Hungary for 2 weeks, after initially meeting in a hostel in Interlaken, Switzerland.

While in Budapest Rob and I parked ourselves at a hostel for over a week, becoming somewhat of a fixture of the place. We partied with fellow hostel goers until the wee hours and nursed our hangovers at Budapest spas, and occasionally we did a little sight-seeing. We were cleverly nicknamed by the staff as “the lazy Americans.” 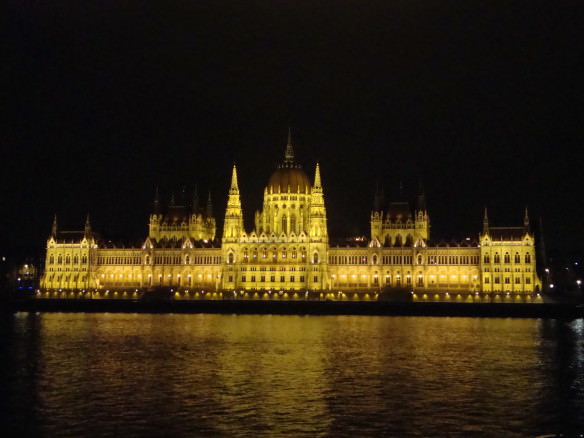 One day we were randomly hovering around the check-in desk while it was unattended when 2 exhausted looking Canadian girls walked in with their backpacks on. While we hadn’t intended to do what we did, we looked at each other and instantly and shamelessly we were on the same page.  We both got behind the counter and pretended to work at the hostel, greeting them courteously.

“Do you have a reservation?” We asked.

“Yes we do” and they gave their names.

Years later, I don’t remember which one of us flipped through the reservation book to report the bad news (It was probably me). “Your names aren’t in the book and unfortunately we’re completely booked up.”

“What? But we made a reservation and traveled all the way down here.” Being very cheap, the hostel was not so centrally located in Budapest.

Childishly we did not admit to kidding around and kept the prank going. A few minutes of frustrated and angry banter on their part ensued until one of the real employees came and angrily shooed us away. The look of dejected disgust on their faces did instantly make both of us feel guilty for going too far with our prank.

An Apology That Made Amends and Forged a Lasting Friendship

After checking in to their rooms we found the Canadian girls sitting quietly in the backyard of the hostel, still looking upset from what happened. So we went over and apologized to them. After explaining that we weren’t sure why we kept the prank going after they had become so upset they decided to accept our apology. To make a long story short we amazingly forged a very good friendship with them and the 4 of us traveled to Vienna a couple days later. They even came to admit that our prank was funny. 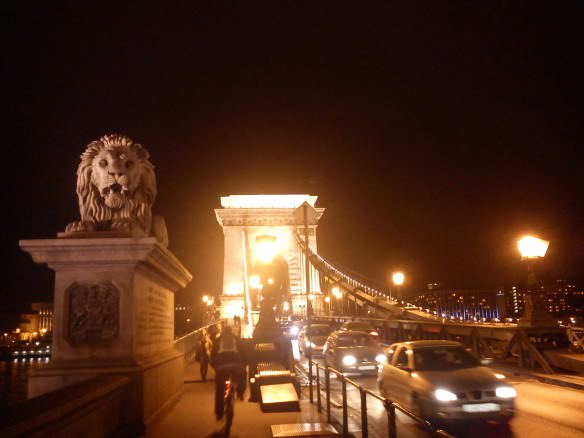 A year later I found myself in Toronto and asked my new friend Mandy if I could crash on her couch in Montreal, where she and her boyfriend resided. It wound up being a fun couple days that saw me crash their Halloween party and they graciously showed me around town. Over 11 years later we still send each other a couple emails a year on Facebook. It’s another reminder of why it’s great to travel when you’re young.

Perhaps this was a mean prank to start this series. But it just goes to show that you never know what might happen in a hostel. People who might otherwise tell you to permanently f— off can become good friends. Just be careful anytime you’re checking into a hostel that the employees behind the desk really work there!

Here are some good tips to meet other travelers in hostels during adventures abroad!

Leave a comment to share a funny hostel story, or better yet, email us a detailed funny story and we’ll publish it down the line!

Renting Tips outside of Europe