Traveling is awesome…most of the time! But real life doesn’t stop when you travel. And if you travel a lot, it’s normal to have some bad days and bad experiences. You might get sick or scammed, but events like these can also happen at home. Here’s some of the worst things about travel and ways to possibly avoid them or minimize your risk.

Potentially Getting Sick or Dealing with Food Poisoning 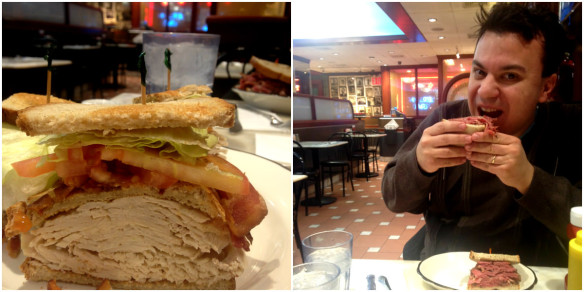 Sometimes you just can’t avoid this, because when you cram several hundred people into an airplane for many hours, there’s bound to be some germs floating around. Plus there’s all the other encounters in life and unfortunately not everyone washes their hands when they should. When you go out to a restaurant anywhere in the world, someone sick could be handling your food. We’re pretty adventurous when it comes to food but sometimes there’s a point where you need to draw the line and people have different tolerances in terms of the types of bacteria their stomach can handle. There have been a few times in our travels that we’ve gotten pretty sick, for various reasons. Here’s some ways to try and avoid getting sick, and if you do get sick, how you can help mitigate the problem.

How to minimize your risk for getting sick while traveling

Food poisoning is pretty random but you’re more likely to get sick from seafood that hasn’t been refrigerated properly. As a general rule of thumb we usually don’t eat seafood the day before we have to embark on a flight or change cities by train or bus. But one of the best dishes we’ve ever eaten in our lives was fresh fish cooked in sweet and sour sauce in a banana leaf at the outdoor Filipino Market in the town of Kota Kinabalu in Malaysian Borneo (which sat perfectly fine). So while we certainly don’t advocate against eating seafood, just be certain that it’s fresh if the conditions seem dubious, and without actually killing and cooking the fish properly yourself it doesn’t matter if you eat the fish from a shack or a fine restaurant, you can get sick either way. And Bell once got sick from eating seafood at Roy’s in Tampa, Florida, which is a very nice seafood restaurant.

In certain parts of the world, it can be helpful to go vegetarian, but you may also want to avoid salads and fresh fruits that you don’t peel, like grapes, because the vegetables and fruits could have been washed in contaminated water. So vegetarian soups and stir fries where the water in the sauce has likely come to a complete boil are the safest things you can eat in developing countries.

Carry charcoal tablets. If you do get food poisoning, it may be helpful to swallow several over the counter charcoal tablets as soon as you start feeling ill. This is because the charcoal helps absorb toxins in your stomach and helps minimize how much toxicity gets into your blood stream. The charcoal tablets came in very handy when I got sick in Malaysian Borneo.

It’s helpful to carry a course of antibiotics with you, which you can discuss with your doctor before traveling to developing countries. In certain regions malaria tablets are necessary so check with the Centers for Disease Control for updated information on every country in the world. You should also be vaccinated for Hepatitis A & B before traveling to developing nations.

Worst Things About Travel: Potentially Getting Scammed, Ripped Off or Robbed

Don’t buy Moroccan or Turkish carpets, just kidding, but generally be prepared to haggle long and hard for a good price. In the past we’ve written on how to save and avoid getting ripped off when exchanging currency. In a nutshell, always debit in the local currency and don’t carry too much cash around. ATM’s usually offer a better deal than currency exchange outlets, especially the ones in airports and train stations, so utilize cash machines often. With that said, do not be a cashless traveler. On our recent trip to Romania our debit card didn’t work on arrival and it took our bank three days to sort out the issue. Luckily we had some US dollars and euros handy to convert to Romanian lei, as well as a couple credit cards. Always separate your cards and your cash. We never carry more than 1 bank card out with us, and leave the other in our accomodation, along with some cash. So if your wallet gets lost or stolen while you’re out, you won’t be entirely screwed!

In the past, we’ve also written on some common scams in Eastern Europe to be aware of. In general, we only advocate using licensed taxis. On our recent trip to Romania there were many unlicensed cab drivers at the train station in Bucharest that were charging much higher prices than licensed cab drivers. Uber is becoming more prevalent around the world, and we recently utilized the service in Brussels and Amsterdam and had great experience, but we can’t fully endorse it internationally.

Read reviews about the area you’re staying in before you book. We once stayed in a great apartment in the San Telmo area of Buenos Aires. It was perfectly fine to walk around during the day, but a little sketchy at night. A friend’s purse once got snatched after dinner while we were walking back through a quiet and dubious neighborhood in Montevideo, Uruguay. We felt safety in numbers, but we should have gotten a taxi because it would have been so cheap split among four people, and that ordeal put a damper on the rest of our time in Uruguay.

Everyone travels differently and we’re not typically the cruising or all inclusive resort type travelers. We like to be intrepid, but we also weigh risks and try our best to be smart about the decisions we make on the road (even if they may seem foolish to some people). And most cities in the world add a little random risk, especially at night, and even more so when alcohol is involved. If you know you’ll be out drinking a fair bit, don’t bring valuables with you.

I’m claustrophobic and have to get up a lot, so I really dislike being crammed in the middle seat, and I know I’m not the only one. I know this isn’t applicable to everyone, but even if you don’t get up a lot during a long flight, the window seat is then preferable to a middle seat, if you’re otherwise going to be crammed between two strangers.

How to Avoid the Middle Seat on an Airplane

If you book through an airline’s website you can typically choose your seats (sometimes at an additional cost), and you can usually avoid this happening. But if you book through a third party website (and this is where you often find better deals) you don’t usually get to choose your seats. In this case, call the airline (or airlines) ahead of time if you don’t want to chance checking in last minute. I recently called Air Canada a month ahead of our scheduled flight to choose seats from Newark to Vancouver because we couldn’t select seats online because we booked through United, which only allowed complimentary seat selection on their flight segments. I complained to Air Canada, but they still charged $15 per person for seat selection, but for a 6 hour flight we felt that was worth it.

If somehow you do get stuck with a middle seat, speak with a gate agent before boarding to see if something changed after check-in. Also, have a look around the plane to see if someone who was assigned an aisle seat didn’t turn up. This recently happened to me on a flight from Atlanta to Brussels, where I was flying standby and couldn’t choose my seats. I was fretting about being stuck in a middle seat for 9 hours and the gate agent said, “nothing’s available now unfortunately, but when the airplane doors close, you may see an available aisle seat. If so, you can take it.” I kept my eyes open and as luck would have it, someone didn’t turned up and I quickly changed seats before takeoff.

If you travel with someone enough, unless you’re both the most zen of souls, you’re going to have some arguments. Arguments can really suck and add stress to what might already be a tough travel day. Fights are more likely to happen when you’re tired and/or you drink beyond a moderate amount of alcohol and there’s an underlying stress or tension involved.

How to Avoid Conflict with a Companion

If someone is having a bad day and it’s possible, try and give each other a little space. Even twenty minutes apart in the airport can do wonders if you’ve just spent the past week together and a disagreement is brewing. Be willing to compromise and don’t let one person plan the whole trip unless the other really hates planning or is too busy. In that case, unless the person who didn’t plan anything is the most flexible of people, be sure the itinerary involves activities that interest them too.

If one person really wants to do something and the other doesn’t, this can cause major conflict on a trip. If possible, figure out a way to allow your companion to partake in their activity without you, while you do something else. If this isn’t possible for some reason, figure out a way to compromise. Bell doesn’t mind hiking in areas where there might be bears, but I do. This was recently a point of contention on our road trip in British Columbia, and an alternative was to drive to a beautiful waterfall! So an argument at lunch ended with the pretty photo below. 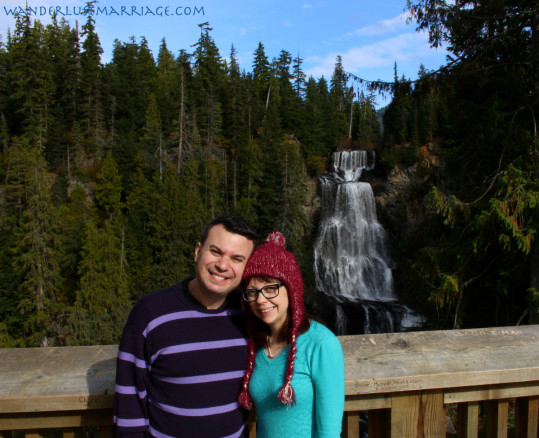 Finally, a drink or two can take the edge off a flight, long train trip, or stressful situation, but be careful not to go overboard. Drinking excessively can make things worse for you and your travel partner. It can be hard to sleep on planes, but try your best to do so on long flights as an hour or two is better than nothing and can help prevent conflict the next day. And we’re speaking from experience here!

Read our article on how to cope with travel nerves. And here’s a list of some other things people fret about when traveling.

What else do you find worrisome about travel and how do you deal with the Issue? Let us know in the comments below! 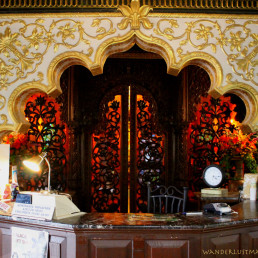 Palace of Gold and Fish Fry in West Virginia!

3 thoughts on “Worst Things About Travel & How to Avoid Them”